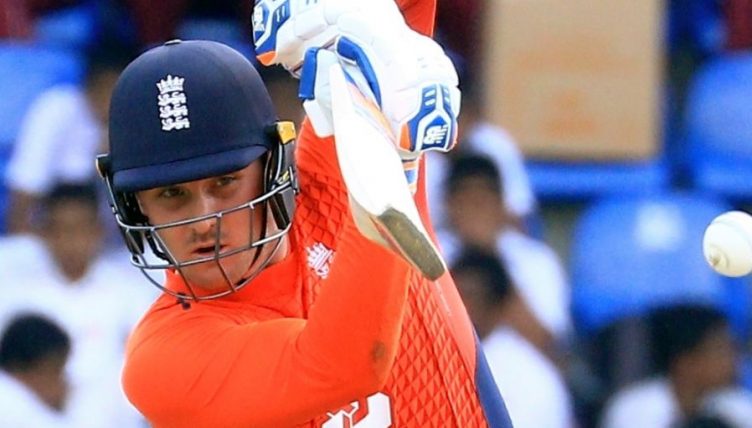 Seven years on, we’re still having the same conversation about who should open the batting for England in Test matches.

After Andrew Strauss’ retirement in 2012, 12 have tried and 12 have failed to nail down a place at the top of the order alongside Alastair Cook. Now he’s gone as well, and England head into an Ashes year without any openers who are sure of their place for the battle with the old enemy.

They’ve not all been hopeless. Nick Compton was solid if uninspiring, Haseeb Hameed looked like the next big thing and Keaton Jennings has looked superb in Asia.

However, in conditions that favour seam bowling England’s top order has been dreadful. So often they’ve found themselves three or more wickets down in the first session.

A tough winter hasn’t made the problem any easier for Ed Smith and his team of selectors. Jennings flourished in Sri Lanka, but found himself dropped in the West Indies. His replacement, Joe Denly, averaged only 28 in his four innings. Rory Burns was the mainstay in the side, but he could only manage an average of 25 in his six matches.

There’s an argument for sticking with Burns and Denly. Neither have played a Test in England and the former especially has thrived in home conditions. But with so much on the line, can England afford to persist with two players who are unproven on the international stage?

Jason Roy is the outside shout. England have looked at the Australian model once before and tried to make Alex Hales their version of David Warner. There are a few reasons that didn’t work. He was coming up against world class bowling attacks in South Africa and Pakistan. But more importantly, he wasn’t playing his natural game. Hales was dropped after averaging 27.78 with a strike rate of 43, often being outpaced by the traditionally slow-scoring Cook.

50 – Jason Roy has reached 50 in 4 of his last 5 ODI knocks for @englandcricket against the Windies; doing so in each of his last 3 such innings. Penchant. #WIvENG pic.twitter.com/u2ZeUIyOIy

It’s very hard to envisage this happening to Roy. Whenever he steps up onto the international stage, he looks to assert his authority. England’s emergence into the leading side in 50-over cricket is thanks in large part to the statements of intent Roy makes at the start of each innings. He will attack everything and he’s successful more often than not.

Roy averages 38.56 in ODIs with a strike rate of 105. It’s not all just quickfire runs at the start either, Roy has made seven centuries including a top score of 180.

It’s truly a mouth-watering prospect to think that Roy, Joe Root, Jos Buttler, Jonny Bairstow, Ben Stokes and Moeen Ali could all be a part of the England line-up for the Ashes this summer.

A huge criticism of England’s batting over the last few years in Tests is their inability to adapt to situations. They’ll blindly play expansive shots when the game situation demands a little more patience. It’s a very valid complaint, but if it hasn’t changed yet, it probably isn’t going to.

If you’re going to go all guns blazing, get the guy at the top who is the best at it. Openers of Jennings’ ilk invite pressure as they struggle to rotate the strike or show any kind of command over the bowling, Roy is more than capable of doing both of these things.

Australia’s pace attack is of such a quality that they will take wickets no matter how good the batting is. Mitchell Starc and Pat Cummins both send it down at searing pace with the ability to move it both ways, while Josh Hazlewood’s phenomenal accuracy is such a problem for batsmen anywhere in the world.

JJ Roy (ENG) has the highest average of all right-handed ODI batsmen away vs Australia after winning the toss https://t.co/6Az2Da3H9d

Added to this, Roy may well be on the high of his life following the World Cup this year. England go into the tournament as favourites in home conditions, and he’d surely be a big part of any success England have at the tournament. There’d never be a better time to select him than immediately after winning the biggest trophy in the sport.

Of course that’s all hypothetical, but England have been down the same old road many times before and failed miserably with it. Plucking the best county opener and throwing them at the top of the order hasn’t worked at all. Who would be next if they decided to change it again? They’re running out of options. Giving Roy a try cannot go any worse.