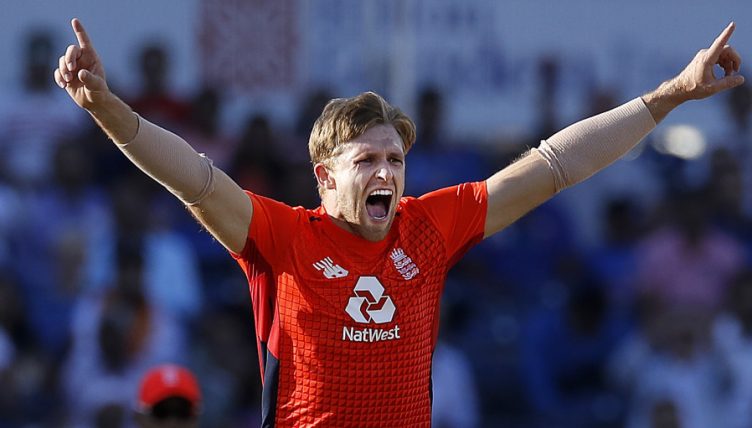 Another disastrous batting collapse from the West Indies allowed England to cruise to an eight-wicket victory and 3-0 clean sweep in the T20 series.

Having been bowled out for just 45 in the second game at Warner Park, Windies fared little better in succumbing to 71 all out.

Once again there was a four-wicket haul for an England bowler, David Willey joining Tom Curran and Chris Jordan in achieving that feat in this series. Indeed, with Joe Denly’s four-fer against Sri Lanka back in October England have now had four-wicket hauls in their last four games having seen only six bowlers achieve the feat in their previous 104 games in this format.

Willey struck with his very first ball after Jason Holder surprisingly decided to bat first on a tacky pitch, Shai Hope spooning to cover and it improved little from there as the collapse gathered pace.

Shimron Hetmyer holed out to mid-on, debutant John Campbell sent a a steepler into the St Kitts sky to be caught by Joe Denly and Darren Bravo edged to keeper Jonny Bairstow to leave West Indies 24/4 – at this point the online bookies had stopped taking bets on a Windies win.

A recovery never really looked likely to materialise. Jason Holder was caught by Jordan in the deep off Denly’s part-time legspin and Mark Wood helped himself to three wickets while Adil Rashid dismissed both Fabian Allen and last man Obed McCoy with picture-perfect googlies.

Alex Hales launched Sheldon Cottrell for two fours and a six in the first over of the run-chase before falling to a smart catch from Campbell on the long-leg boundary.

Bairstow – who had played out a maiden from Allen – took on the responsibility to get things over in a hurry and helped himself to 37 off 31 with four fours and two sixes before being bowled by Divendra Bishoo, who remarkably completed the second maiden over of the innings.

Joe Root and Eoin Morgan got England past their meagre target in somewhat scratchy fashion after 10.3 overs, but it was another absolute hammering for the West Indies in the format where most was probably expected of them before the tour began.

There’s no escaping the fact that this is a desperately disappointing conclusion to England’s tour for the hosts who had done so much right in the Tests and one-day internationals; no side had previously been dismissed for under 75 in successive men’s T20 internationals.

For England – and especially now their bowlers – the fight for World Cup spots this summer is now well and truly on.