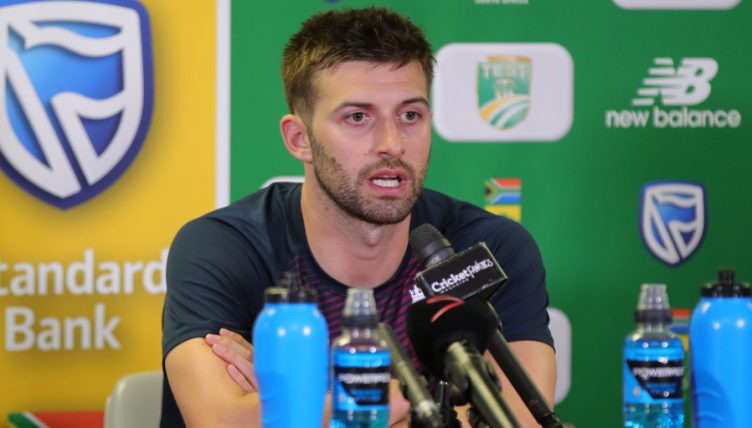 England cult favourite Mark Wood admitted he was in line to miss out on selection for the fourth Test in Johannesburg, with Jofra Archer tipped to play from within the camp right up until the morning of day one.

Hopes were high of getting a chance to see speedsters Wood and Archer operating at 90mph+ in tandem for the first time since the World Cup, but the latter was omitted from Joe Root’s starting eleven after a recurrence of his elbow complaint.

Like all top sportsmen, Wood duly capitalised on his opportunity, making meaningful contributions with both bat and ball on day two at the Wanderers.

When quizzed regarding his last-minute call to arms, Wood said: “Probably until the morning of game I wasn’t in the team.

“Jofra was definitely going to play, two days out he looked really good in the nets, and it was probably me who was going to miss out because I was just stiff and sore everywhere.

READ: Wood is the ‘kid in the playground’ England cricket needs

“Then it was a role reversal, on the morning of the game he was still feeling his elbow and I felt good enough to play. I spoke to the captain and coach and said, ‘if you want me, I’m ready to go’. I felt good in the warm-ups and I said, ‘I’m not quite sure how it’s going to go but I’m ready to charge in for you one more time’.

“I couldn’t guarantee them I could bowl 90mph in my fourth and fifth spell but I’m glad I made that decision and it’s going well.”

Joe Root must be pleased he took up the offer, not only for the wickets of Pieter Malan, Temba Bavuma and nightwatchman Anrich Nortje, but also for the vital late runs he and Broad provided.

The pair swung uproariously and needed just 50 balls to take the score from 318 to 400, sapping the Proteas’ morale. Broad was last man out for 43, with Wood unbeaten on 35 with three sixes and two fours.

Wood also cleared the ropes five times in the previous Test and admitted it was the help of those nearest and dearest to him during his most recent rehabilitation that had helped him learn to master the pace and bounce of South African pitches.

“I did a lot of work behind the scenes at Newcastle’s indoor centre. Sometimes with my dad Derek, sometimes with my wife Sarah, just feeding me the balls on the bowling machine,” he said.

“My wife would be laughing telling me to get in line, she got me a couple of times. My dad is particularly spicy as well. The worst is (head coach) Chris Silverwood though, because he laughs when he hits you.

“You’d think the coach would be more supportive but he’s still got a fast bowler in him I think.”