Home Countries England Ben Stokes: Workload of bowlers could be a game-changer

Ben Stokes: Workload of bowlers could be a game-changer 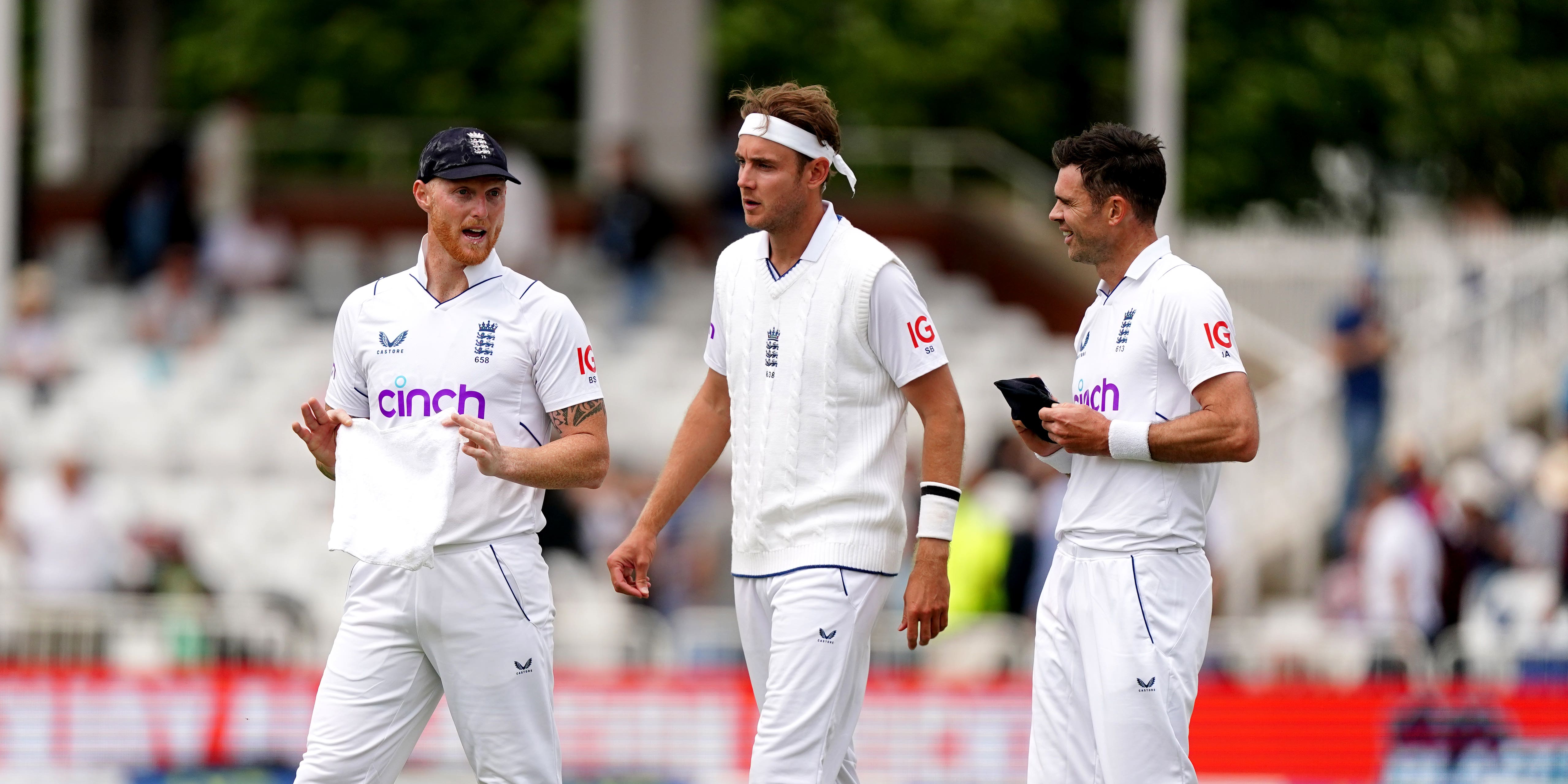 England captain Ben Stokes admits he deliberately pushed his bowlers to the limit at Headingley last week as he continues his quest to “reshape the way Test cricket is played”.

A whirlwind approach to batting has been the most obvious aspect of England’s brave new world under Stokes and head coach Brendon McCullum, with an average run-rate of 4.54 throughout their 3-0 series win over New Zealand.

But Stokes is eager to keep challenging conventions, including when it comes to the workloads of his bowlers.

Having selected 36-year-old Stuart Broad and 23-year-old rookie Matthew Potts to face India at Edgbaston on Friday – a fourth Test in a little over four weeks – the captain revealed he was eager to see how far he could stretch his seamers.

Stokes took a back seat in Leeds last time out, not bowling at all in the first innings and sending down just four overs in the second. That left Potts to pick up 51 overs in the match, while Broad’s share of 47 was his highest for five years.

“There was actually a method to why I didn’t bowl. I really wanted to push the bowlers as far as I possibly could, to make them realise what they can do,” he said.

“Broady, in particular, wasn’t very happy with me. It’s funny, as bowlers have your green zones, amber zones and red zones based on how much work you’ve done at the end of a Test. Broady said he’s created a new zone called the burgundy zone.

“But that Test match was bigger than the result, as I keep saying. What we did over the last three weeks is reshape how Test cricket is played.

“I honestly believe bowling out the best team in the world with three seamers and a spinner has done everybody the world of good. Doing what they did that whole week was really pushing them to their limits and making them understand what they are capable of doing.”

This week’s match is an anomaly in an already crammed schedule, a delayed conclusion to last summer’s Test series, which India lead 2-1. The tourists declined to take the field at Old Trafford at the 11th hour due to concerns over Covid-19, but after intensive negotiations a rearrangement was agreed.

Ben Foakes, who tested positive for Covid midway through the game at Headingley, misses out after visibly struggling during a fitness check on Thursday. Sam Billings, who acted as an emergency substitute, takes over.

Meanwhile, 39-year-old record wicket-taker James Anderson is back after a niggling ankle injury and nudges Jamie Overton back into the reserves. Overton scored a crucial 97 on debut, as well as taking two wickets, but was unable to upset the existing pecking order.

“Jamie got his opportunity to show what you can do in a cricket field and he gave the best account possible of himself,” admitted Stokes.

“He’s obviously someone that we see has a bright and long future going forward. It obviously must be very disappointing for him, but he can walk away knowing he’s done everything he possibly could have done last week to really put his name forward to have a look at a good career for England. That’s how sport at the top level can work sometimes.”

The continued presence of Zak Crawley at opener represents a significant show of faith from Stokes and McCullum, with the Kent batter averaging just 26.68 in his 24 Tests to date. He was dismissed for single-figures scores four times in six innings against New Zealand but appears to enjoy unwavering support.

“It almost sounds like a broken record when you keep saying it, but I’m going to say it again: he’s got the backing of myself, Brendon and everybody in the changing room,” said Stokes.

“I’m giving everyone in this team the time to go out and perform and show the world what they’re all about as players.

“When things aren’t going so well for someone you’ve obviously got to do the right thing, if that is pumping his tyres up or whatever it is.”