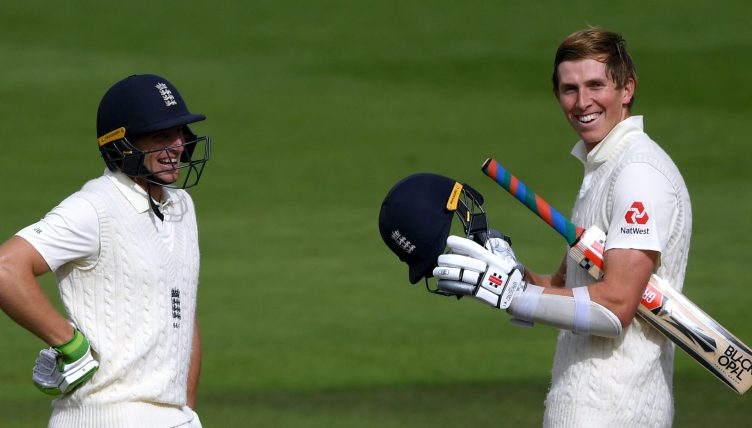 Zak Crawley was struck by an “unbelievable feeling of elation” the moment his dreams of becoming an England centurion came true on the opening day of the third Test against Pakistan.

Crawley produced an innings that is destined to be talked about for years to come at the Ageas Bowl, finishing unbeaten on 171 as a 205-run stand with Jos Buttler (87no) powered the hosts to 332 for four.

It would have been a remarkable effort under any circumstances, a brilliantly paced knock that saw him advance and retreat as the circumstances demanded as well as collecting an enviable array of 19 boundaries.

The fact that it was his first international ton, just his fourth in first-class cricket and the top score of his professional career only go to amplify the impression.

Just six days earlier the 22-year-old had spoken of his eagerness to make a Test century and the moment was everything he had ever hoped for.

“It felt great and just how I imagined it, an unbelievable feeling of elation out there,” he said.

“It’s the best feeling I’ve had on a cricket field, a great moment. It was all a bit of a blur, but I could see the lads up on the balcony. I was trying to stay calm but inside I was absolutely buzzing.

“It almost flashed before my eyes…my whole career so far. I could kind of see all the nets I’d done in the past and all the time I had gone on my own to hit some balls. You do question yourself when you’re in a run of low scores and you can’t buy a run, whether it was worth it or whether you’re better off doing something else. It was all worth it.”

While there are plenty who have waited longer for the chance to raise their bat on the biggest stage of all, Crawley knows he has been thrust into the England set-up early and without a major body of work behind him at Kent.

A first-class average sitting a shade over 30 brings a different type of pressure and when England opted to bring in an extra bowler for two Tests this summer, it was him who made way.

However they choose to balance their XI when Ben Stokes returns, he is now unlikely to be moved aside so easily again.

“I felt like I had a point to prove and I still do. There’s still plenty of hard work to do to prove myself at this level,” he said.

“But it was nice to get that score today and get that monkey off back. I still feel like I’m early in my career, still learning quite a bit every time I go out and bat, but I definitely feel more comfortable in myself having scored a hundred.”

Pakistan need a quick reversal in fortunes on day two to stay alive and retain hopes of drawing the series 1-1, with spin coach Mushtaq Ahmed offering the optimism.

“We have the second new ball now so we will try to get them out in the first session for under 400,” he said.

“Once we get one of these two out then we get into the tail, so it is possible.”