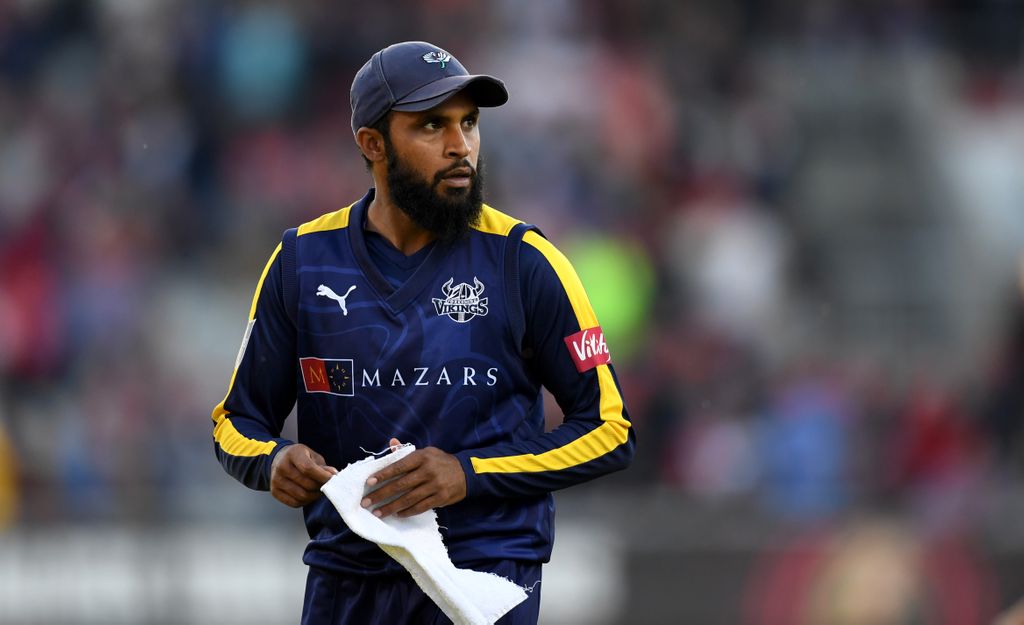 The new contract will see the 30-year-old make himself available for all forms of the game, continuing his 12-year affiliation with the White Rose county.

Rashid, who made his first-class debut for Yorkshire in 2006, had initially signed a one-year contract at the start of the year so that he was only involved in one-day formats.

But he was selected for England’s recent home Test series against India, playing all five Tests in a 4-1 victory.

He has also included for the tour to Sri Lanka in October and he will hope good form for Yorkshire can strengthen his claim for next summer’s home Ashes.

Yorkshire’s Director of Cricket, Martyn Moxon, said: “There’s been a lot of talk and speculation but Adil is a very valuable cricketer for us.

“Now he’s in the Test team, how much he’ll be available for us next season is unclear. But when he is available we’d be delighted to have him and for him to be part of what would hopefully be a successful summer.

“For now, it will just be for a year because it’s still not clear what career path he’s going to take. He’s back in the Test team and continues to do well, so we’ll see where that takes us.

“Obviously going into 2020 and with the new competition, players are waiting to see how that will affect contracts.

“I think for now it’s good to have the one year and see how the winter goes for Adil. We’ll probably have another look at it after the World Cup and see where he is, particularly with England and how much he’s involved with them.

“In the short-term it’s good to know when he’s available he’ll be playing for us.”

Rashid has taken 500 first-class wickets at an average of 34.98. All of his 10 hundreds have come for the White Rose.

The leg-spinner made his Test bow in 2015 on tour of the UAE against Pakistan and has made 15 appearances to date in te longest format.

Rashid was recently told by England selector Ed Smith that he must be available across the board from the start of next summer to be considered for Test cricket.

Moxon continued: “It was a big surprise that he wanted to play white ball only and asked us for a white-ball only contract. That changed very quickly and unexpectedly so that created a bit of confusion and instability for a little while.

“But I think we’ve been clear from the outset that we wanted to keep Adil at the club. When it became known he had to have a red-ball contract, we were more than happy to put that in place.

“Speaking to Adil he’s keen to stay here and has been here all his life. He’s in no mood to change that. We’re really pleased to keep him.