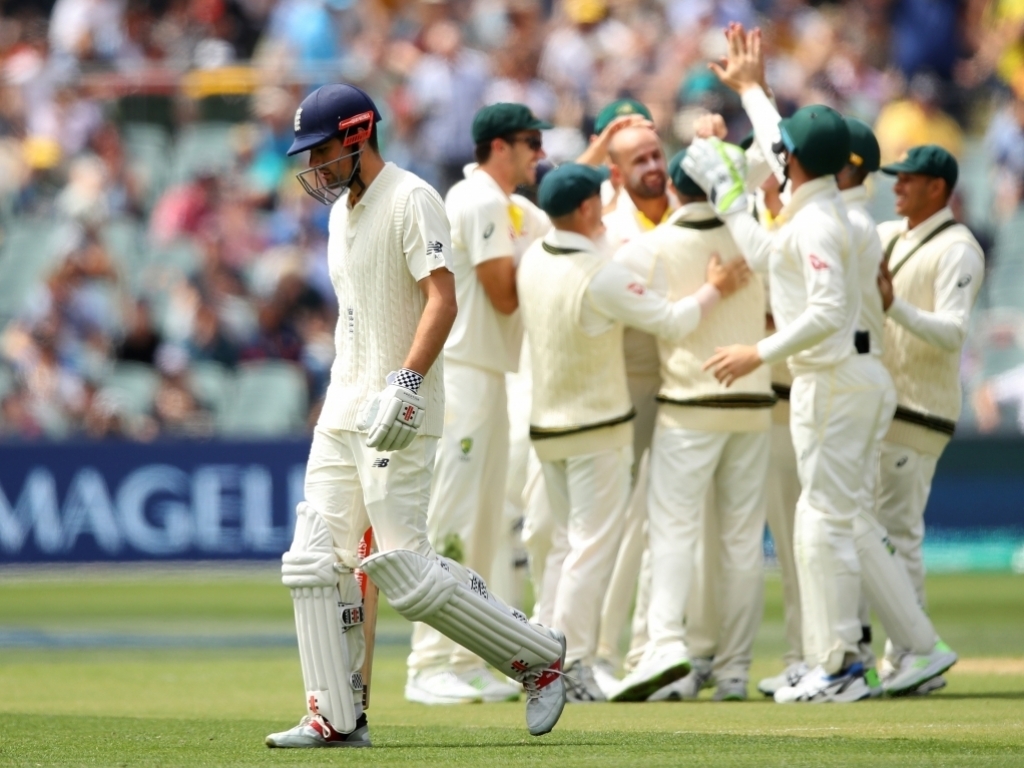 Australia’s bowling attack blew England away on the third day of the second Ashes Test in Adelaide on Monday, with the hosts in the driving seat with two days remaining.

The visitors were bowled for just 227 in their first innings, in reply to Australia’s 442/8 declared, with Aussie spinner Nathan Lyon claiming 4-60 in 24.1 overs.

Resuming the day on 29/1, England collapsed to 142/7 with only Alastair Cook (37) showing any kind of resistance.

Chris Woakes (36) and debutant Craig Overton saved the tourists from real embarrassment with a face-saving stand of 66 for the eighth wicket.

Left-arm quick Mitchell Starc got rid of Woakes while Lyon finished off the innings, getting rid of Stuart Broad and James Anderson, to leave Overton stranded on 41 not out and Australia with a healthy lead of 215.

To their credit England showed good fight with the ball in the final session, reducing the hosts to 53/4, after Steve Smith decided not to enforce the follow-on.

With the pink ball swinging under lights at the Adelaide Oval, Anderson got rid of Cameron Bancroft (4) and Usman Khawaja (20) while Chris Woakes accounted for David Warner (14) and home skipper Smith (6).

Peter Handscomb and nightwatchman Nathan Lyon will take up the strike for the Aussies on the fourth afternoon hoping to build on the 268-run lead while England will want quick wickets.