Home Countries Woakes in fine form ahead of Ashes opener

Woakes in fine form ahead of Ashes opener 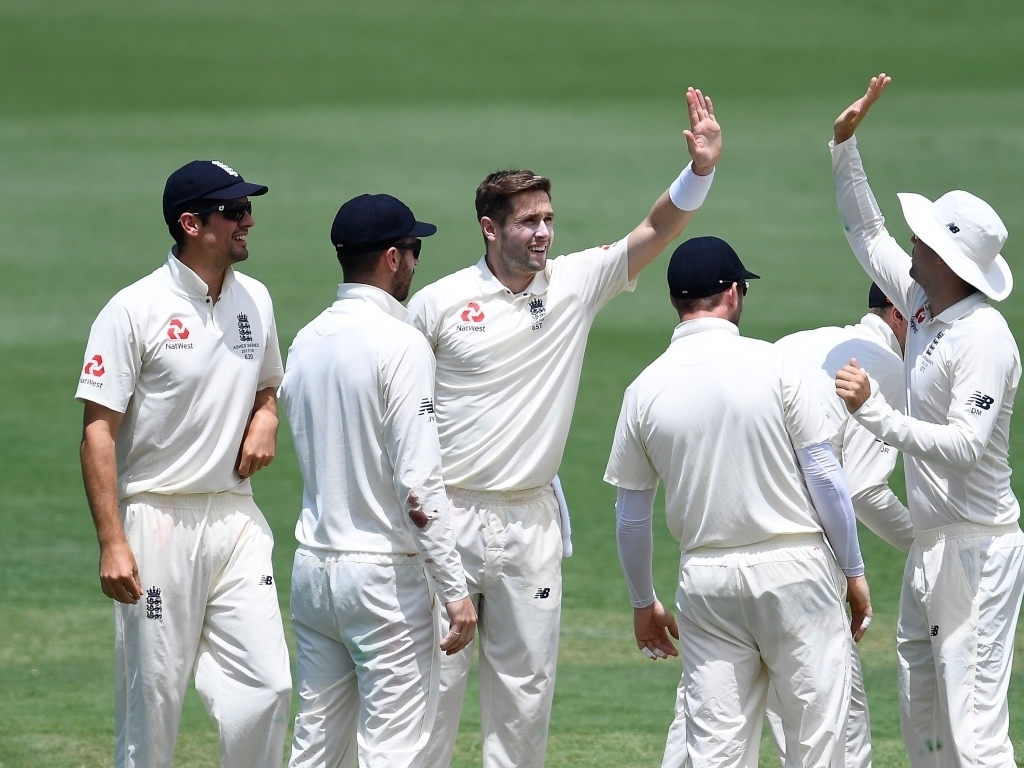 Chris Woakes will go into the first Ashes Test in fine form after he bagged a six-wicket haul on the first day of the final tour game against a Cricket Australia (CA) XI in Townsville on Wednesday.

Seamer Woakes took six for 54 in 18 overs as the visitors restricted the CA XI to 249/9 at stumps.

Warwickshire allrounder Woakes is shaping up to be an important cog in England’s team for the Ashes as he will fill the third seamer role and is expected to contribute runs at number eight in the absence of Ben Stokes.

Craig Overton, who is fighting for the fourth seamer’s spot ahead of the first Test, did his chances of getting a maiden Test cap no harm with figures of two for 32 from 18 overs.

Off-spinner Moeen Ali, playing his first game on tour after recovering from a side strain, got through 16 wicketless overs while leg-spinner Mason Crane bowled 22 overs for no reward.

Senior paceman Stuart Broad took the other wicket to fall as only CA XI’s captain Mathew Short went past a half-century, scoring 51.

England had an early injury scare when Test keeper Jonny Bairstow was forced off the field for an hour after getting hit on a finger.

Bairstow was replaced by tour understudy Ben Foakes, who took a catch before Bairstow returned to the game with bruising to the middle finger of his left hand.

The tourists will be hoping to wrap up the innings early on day two and to then get their batsmen some valuable time in the middle.