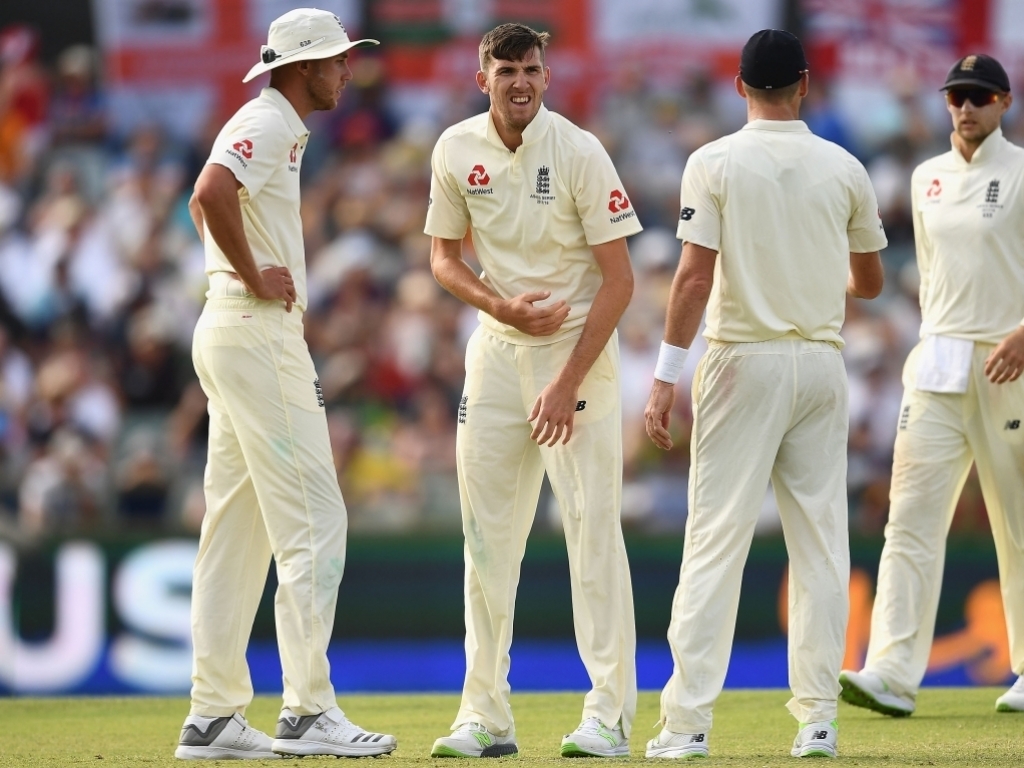 England seamer Craig Overton is doubtful starter for the Boxing Day Ashes Test in Melbourne due to a rib injury.

Overton took a blow to the rib area while batting on debut in the second Ashes Test in Adelaide and caused further damage in the third Ashes Test in Perth.

Overton said after the third Test, which England lost by an inning and 41 runs to concede the series: “We’re going to assess it over the next couple of days.

“Melbourne might be a push but it’s still an option to play at the minute.”

England have already lost the Ashes urn with them being three-nil down with two games still  to play but Overton is confident that the tourists will not suffer a series whitewash.

The Somerset allrounder continued: “It’s looming in the background but we’re still pretty confident that we’ve competed in this series and we’re not far off winning games, they’ve just performed better for longer periods.

“We’re still fighting to get that result and show everybody what we can do out here.

“It’s tough, obviously they’re a good side in their home conditions and their bowlers are suited to playing out here with the pace they’ve got.

“We need to find a little bit more in our side and score a few more runs and take a few more wickets.”