Home Countries Curran keen to test himself against Kohli

Curran keen to test himself against Kohli 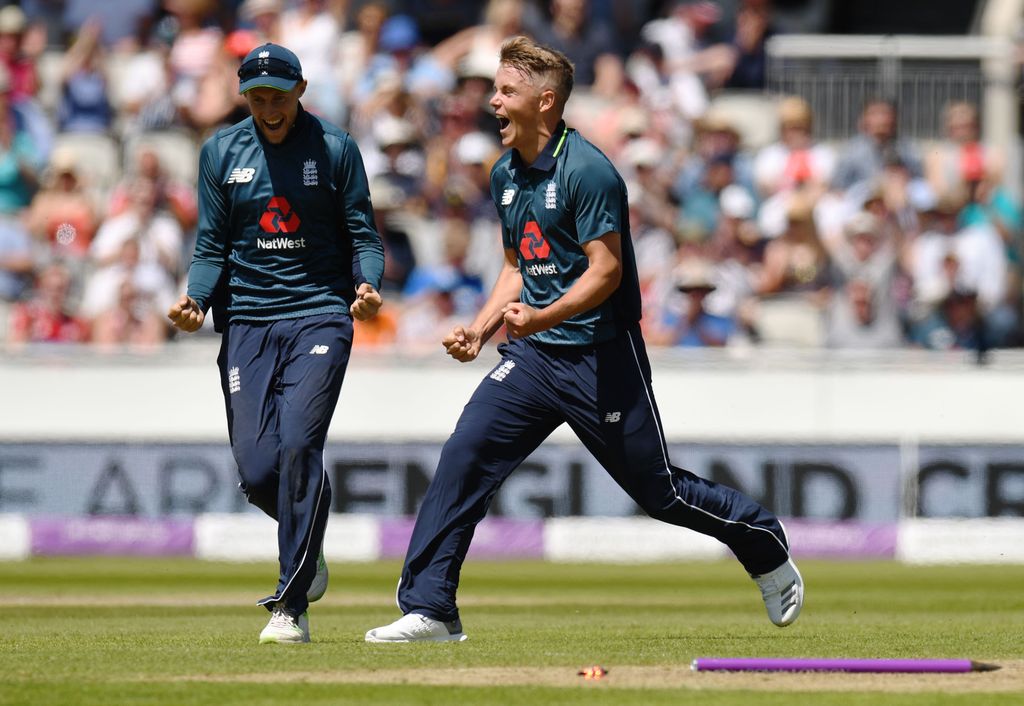 England allrounder Sam Curran is excited at the prospect of bowling to India captain Virat Kohli when the teams meet in a three-match T20I series starting at Old Trafford on Tuesday.

The 20-year-old Curran has already made his Test and ODI debuts this English summer and is now expected to make his bow on the international T20 stage against India.

Curran was set to play alongside Kohli for his English county, Surrey, in June but the India skipper pulled out of the stint due to injury.

Now Curran is looking forward to challenging himself bowling to one of the best batsman in the world.

The left-arm seamer said: “I was pretty excited when he was meant to be my team-mate at Surrey and I was expecting to be laughing at the other county bowlers.

“Now if I get the chance it’ll be my chance to get taken down. It’ll be fun. You want to play against these big names and test yourself, find out where you need to improve.

“All the Surrey boys were gutted he didn’t come because we were expecting some big crowds and learning the way he trains, apparently he’s a freak in the gym, so it would have been special to work with him.”

Curran described the last two months as “surreal” after he made his Test debut against Pakistan bowling alongside England greats James Anderson and Stuart Broad and then getting his first ODI cap against Australia.

The Surrey player said: “It’s been a pretty special couple of weeks. Wouldn’t have thought it at the start of the summer, thought I’d just deal with my Surrey stuff but that’s how things go, you just get on a roll and ride the roller-coaster and just try to enjoy it.

“Watching Jimmy and Broad on the sofa and then next thing I know I’m stood at mid-on watching while they are steaming in. It’s pretty surreal. I won’t forget it.”