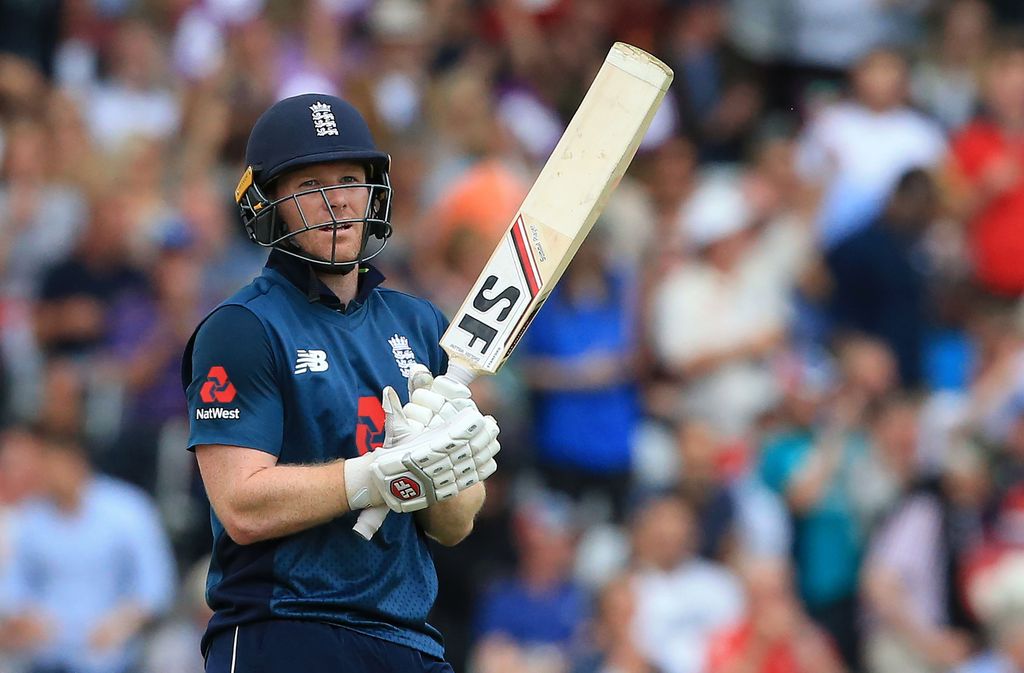 England captain Eoin Morgan was really happy with the level intensity his batsmen showed throughout the innings in their record-breaking defeat over Australia in the third ODI on Tuesday.

The home team, who were put in to bat by Australia captain Tim Paine, broke the record for the highest ODI total as they racked up 481/6 in their 50 overs.

ALSO READ: Paine: The hardest day’s cricket I’ve ever had in my life

The skipper himself then came in and hit the fastest ODI half-century by an England player, off 21 balls, on his way to 67 off 30 balls.

The total beats the previous record in ODI cricket which was also held by England when they scored 443/3 against Pakistan also at Trent Bridge in 2016.

England eventually won the match by a huge margin of 242 runs, their biggest ever in ODIs.

Morgan said after Tuesday’s game: “Having been in the position that we found ourselves in today, with about six overs to go, we certainly never imagined after the game against Pakistan that we’d come close, past, and maybe stare down the barrel at scoring 500.

“So it’s a very proud day for us as a group, including the staff.

“What’s most pleasing is the level of intensity that we operated at and kept continuing to operate at throughout the whole game.

“Every batter that came in, every bowler that came on, even though it was a really flat wicket, showed unbelievable attitude, which is all you can ask.”

With England already 3-0 up with two matches to go the series now moves to Durham on Friday.