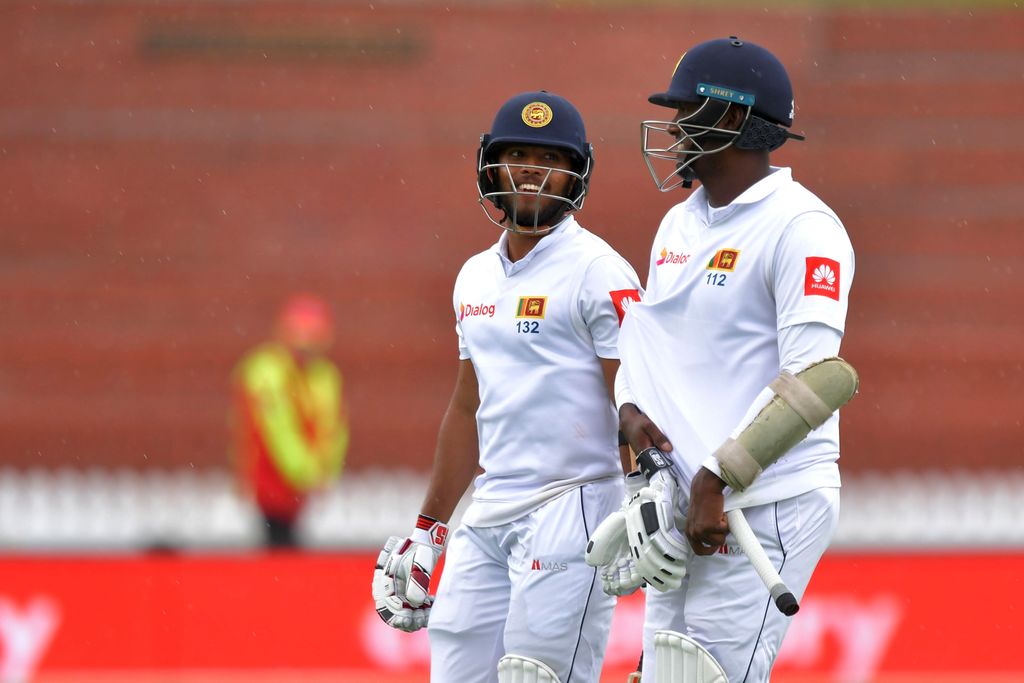 Sri Lanka came away with a draw in the first Test against New Zealand in Wellington on Wednesday as the hosts could not break the epic partnership between Angelo Mathews and Kusal Mendis while there was also some rain.

After the start of the final day was delayed for more than an hour due to inclement weather, Mathews and Mendis never relented and took the visitors to 287/3 in their second innings, still a deficit of nine runs.

The umpires eventually called time on proceedings with 13 overs still to be bowled in the day, Mendis unbeaten on 141 and Mathews making his way to 120 not out.

The duo, who batted out the entire fourth day, took their stand to 274 runs and helped Sri Lanka claim a draw in the first Test of the two-match series.

The home side will reflect on the game as a missed opportunity as they first bowled the tourists out for just 282 before piling on the runs in their only turn at the crease, racking up 578 on the back of Tom Latham’s 264 not out.

However, the Black Caps’ bowlers could not deliver the final knock-out as the pitch at the Basin Reserve flattened out and more determined batting batting by Mendis and Mathews kept them at bay.