Excited Hamza ready to go for Proteas if selected 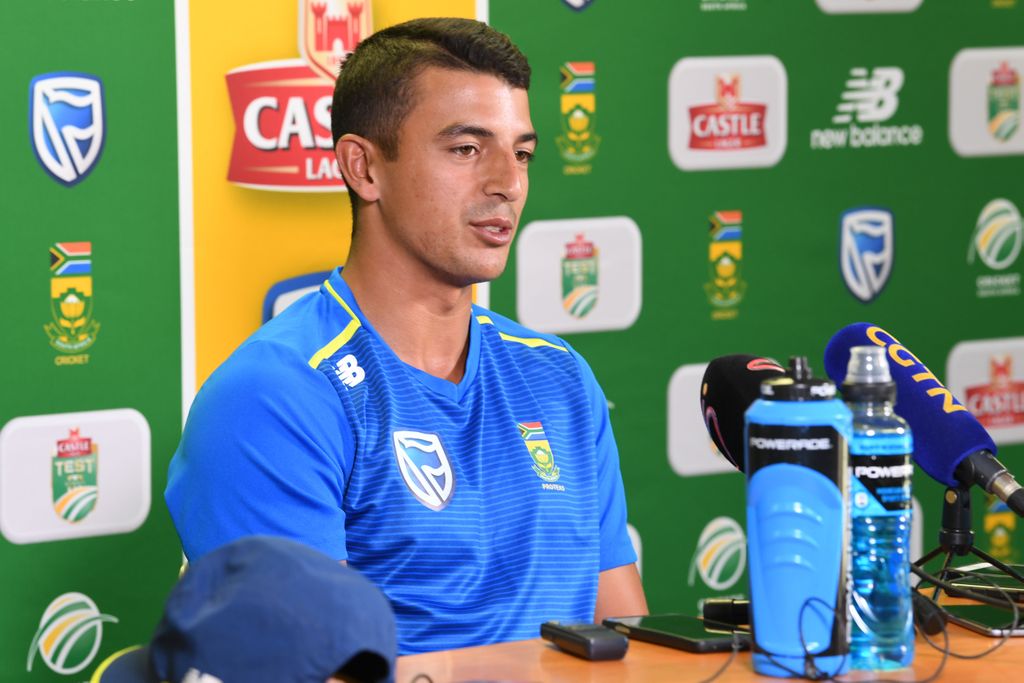 Zubayr Hamza doesn’t want to look too far ahead, but admits the possibility of making his debut for the Proteas in the third Test against Pakistan at the Wanderers on Friday is an exciting thought.

Hamza was selected as the reserve batsman in the squad, and the suspension of captain Faf du Plessis has opened up an opportunity for the 23-year-old to make his first run at international level.

“I haven’t received confirmation if I am playing or not,” Hamza said at the Wanderers on Wednesday.

“If given the chance that would be great, I have really enjoyed my time so far, the training has been intense and everyone has been welcoming.

“I have felt comfortable in the team surrounding, if given the chance I am looking forward to it. There is a lot of excitement at the moment.”

Hamza has had a sterling run at franchise level over the last two years, and boasts 3648 runs in 52 first-class matches with an average of 49, including nine centuries.

Although he is lacking in match time after missing out on the Mzansi Super League (MSL) and a round of four-day matches since he has been with the squad, he remains confident about his preparation and form.

“The month off (from the MSL) gave me perspective and I focused on working on myself and on my game,” he explained.

“Yes I haven’t started off too well this season with franchise cricket but I don’t feel out of form. I still feel like I’m batting well and that I have a lot to offer.

“The runs and performances haven’t shown it but that is not how I feel, I have been batting well. I have been training well with the world-class coaching staff that we have here, I have learnt a lot so far.”

The Rondebosch Boys High School graduate grew up looking up to stars like Jacques Kallis, AB de Villiers and Hashim Amla, but says he has been feeding off most of the players in the squad on what it takes to perform at international level.

If selected, his personal brief will be to keep it simple and to rely on the formula that has brought him past success.

“I have learnt a lot from every individual in the team, whether it is on the field or off the field,” he said.

“For me, I’d like to stay true to myself and stick to the game plans that have got me to this position. I will try to be self-confident and have self-belief.

“I have tucked under a few guys wings so far,” he admitted. “I’ve been leeching as much information as I can about what it takes to perform at this level, but I have also combined that with my own mixture to try and perform as an individual.”