Home Countries Faf: Olivier reminded me of Mitchell Johnson in 2014

Faf: Olivier reminded me of Mitchell Johnson in 2014 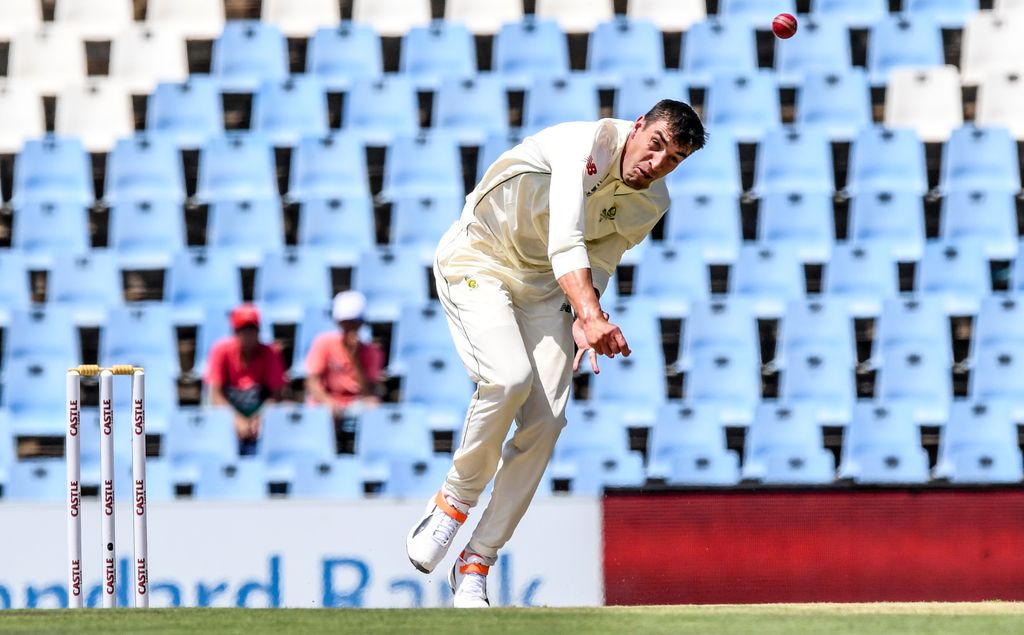 Olivier, playing in just his sixth Test, captured career-best match figures of 11-96 as the Proteas beat Pakistan six wickets to go 1-0 up in the three-match series.

The 26-year-old was the enforcer in the home side’s bowling attack as the Pakistan batsmen struggled to cope with the pace and bounce that he extracted out of the Centurion pitch.

Olivier took six wickets in the first innings and then five in Pakistan’s second innings as the visitors collapsed from 101-1 to 190 all out, giving the hosts a target of 149 on a challenging surface that assisted the fast bowlers.

Du Plessis played against Australia in the Test in Centurion in February 2014 when Johnson terrorised the home batsmen with some of the best fast bowling ever seen in South Africa as the left-arm quick went on to take 12 wickets in the game as the Aussies cantered to victory by 281 runs.

Speaking at the post-match presentation on Friday, Du Plessis said: “[The collapse] was the match-turning moment.

“Both teams were very similar in the first innings. We were talking about restricting them to 250, but that period where we got nine wickets was incredible from the bowlers, especially Duanne.

“He reminded me of Mitchell Johnson here a few years ago, making it very uncomfortable for the batsmen.”

Olivier was only playing in the Centurion Test because Vernon Philander was out injured but the latter is expected to fit for the second Test at Newlands, starting on 3 January, creating a nice selection dilemma for Du Plessis and the Proteas selectors.

Philander has a phenomenal record at his Newlands home ground, having taken 47 wickets in eight Tests with four five-wicket hauls at an average of just more than 16.

Du Plessis was in no doubt that Philander will be fit and start in the second Test in Cape Town.

The Proteas skipper said: “Vernon in Cape Town is like peanut butter and syrup, he should be there.”