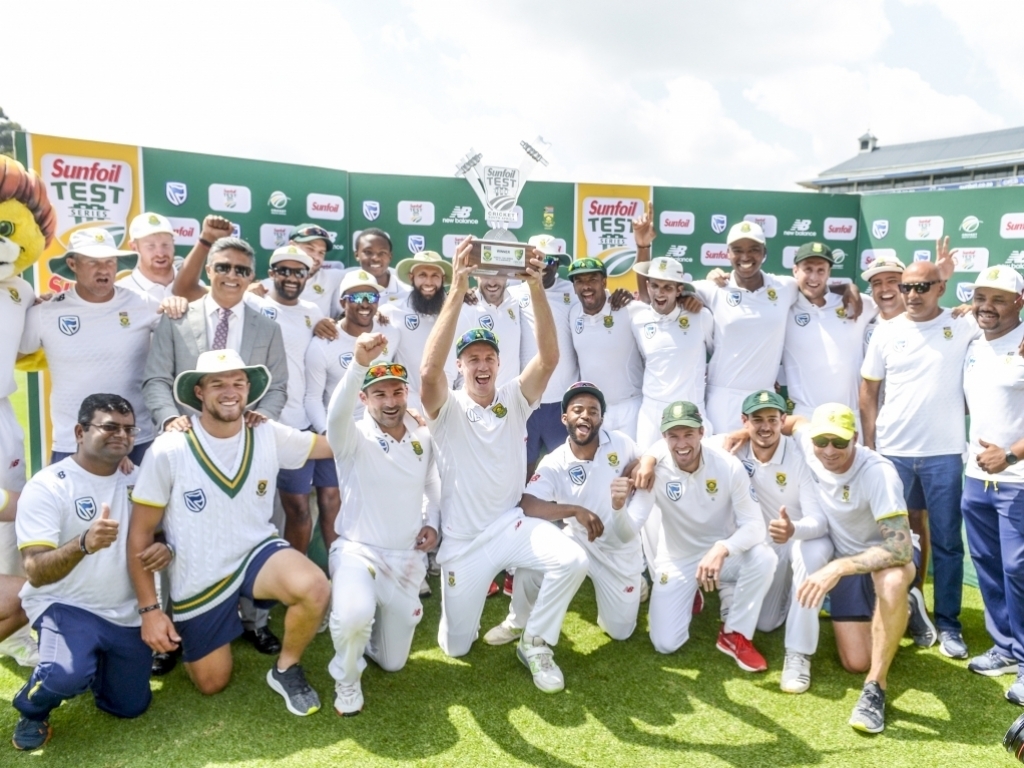 Faf du Plessis says he is proud to be part of the first Proteas team to beat Australia in a Test series on home soil since re-admission after their emphatic victory in the final game in Johannesburg.

South Africa had to do it the hard way after losing the first Test in Durban before mounting a storming comeback to win the four-match series 3-1.

At the Wanderers on Tuesday the home side wrapped up the series with a thumping 492-run victory after bowling the Aussies out for just 119, chasing mammoth target of 612.

Since South Africa came back into the international fold in 1992, Australia have never lost a Test series in SA and Du Plessis admits that his players have spoken about correcting that particular stat.

Du Plessis said: “This means a lot to us, we did speak about it briefly this morning – that there is a wonderful opportunity for us to go down in the history books – but for me, this whole series is probably the best we have been through as a team.

“We have been winning a lot of series but there were always little things we could improve. It was incredible the way we put it all together in this series, especially in this last match.

“We are very proud to be the first team to do that [win a home series against Australia in 48 years].”

The Proteas skipper also credited the whole team for their contributions over the four matches with different players stepping up at different times.

Du Plessis continued: “Credit to everyone who played their part. Right through the series, guys put their hands up at different stages. It was a collective team effort.

“There were five hundreds in this series, which was incredible. As a batting unit, while I was quiet with the bat through most of the series, other guys chipped in with the runs, so we never felt under pressure.

“Our bowling unit was exceptional, taking 80 wickets. All of them were brilliant.”