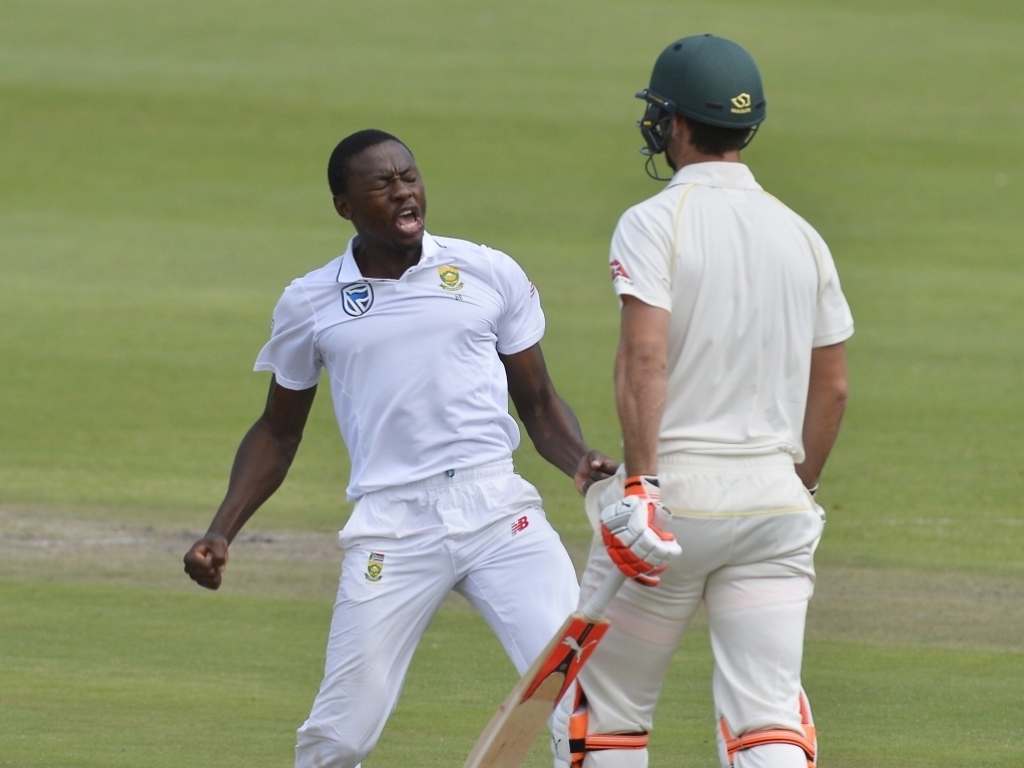 Kagiso Rabada took his eighth career five-wicket haul as the Proteas bowled Australia out for 243 on day one of the second Test in Port Elizabeth on Friday.

The home team lost opener Aiden Markram in the evening session and reached 39/1 at the close to trail by 204 runs with Dean Elgar (11 not out) and nightwatchman Rabada (17 not out) at the crease.

The day belonged to the Proteas though as they took five wickets in the second session and the Aussies collapsed after a good start as they had been 98/1 at lunch.

After Steve Smith had won the toss and elected to bat on an overcast morning that had some drizzle, Australia openers Cameron Bancroft and David Warner batted with care in the first hour against the new-ball attack of Rabada and Vernon Philander.

As the session progressed, the Aussie pair became more aggressive and started putting away the bad ball with Warner going after seamer Lungi Ngidi.

Warner reached his fifty just before the interval and it would have been sweet celebration after the events of the past week.

The left-hander did however lose his partner with what turned out to be the last ball before lunch as Philander got Bancroft to nick off to keeper Quinton de Kock for 38.

It was after the interval though that things started to take off for the Proteas, and unravel for the visitors.

Philander first had Usman Khawaja (4) caught behind before Ngidi bowled Warner through the gate for 63.

Rabada then went on what seemed to be a rampage as he took four wickets in seven balls as he trapped Smith (25) and Shaun Marsh (24) lbw and then got rid of Mitchell Marsh and Pat Cummins in consecutive balls.

The 22-year-old fast bowler completed his eighth ‘fifer’ in just his 28th Test when bowled Mitchell Starc with teh seamer now standing on 129 wickets at an average of close to 22.