Home Countries Final Test in the balance heading into day 4

Final Test in the balance heading into day 4 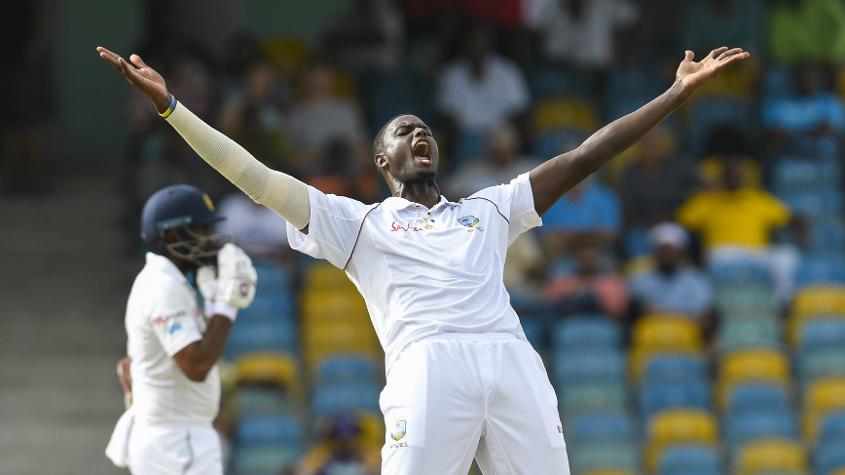 Sri Lanka need another 63 runs to win the third and final Test against the West Indies in Barbados but only have five wickets remaining going into the fourth day.

The tourists were 81/5 at stumps of the day-night Test after 20 wickets fell in one day as the game continued to see-saw in Bridgetown.

The day started with Sri Lanka resuming on 99/5, in reply to the home team’s first innings total of 204, but the visitors were skittled out for 154 as the Windies took a lead of 50.

Windies skipper Jason Holder was the pick of the bowlers with 4-19 in 16 overs.

The hosts though were deep in the mire in their second dig at the crease as they slipped to an incredible 14-5 in the eight over.

West Indies recovered somewhat to be bowled out for 93 as Sri Lanka needed a target of 144 to salvage a draw in the series.

Holder though again led from the front for his team as he snaffled four wickets late in the day as the visitors ended the day on 81/5 in the run-chase.

Sri Lanka’s hopes will rest heavily on Kusal Mendis, who is 25 not out, and Dilruwan Perera who is with him at the crease on 1.