Flexible Denly ready to take his chance in Sri Lanka 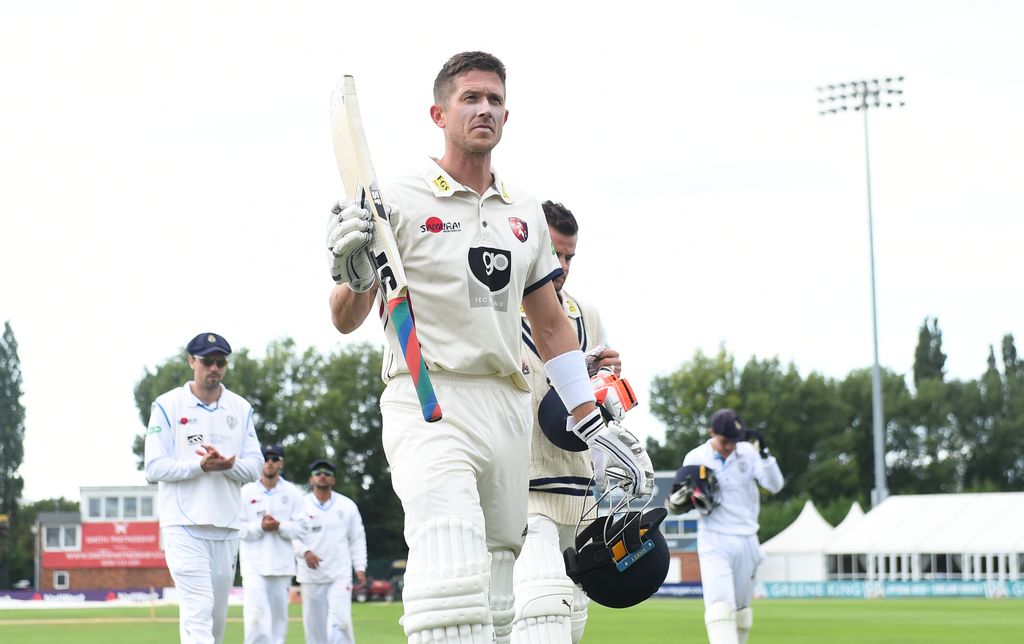 Joe Denly feels his flexibility to bat in any position probably swayed the England selectors to choose him for the Test series in Sri Lanka.

The 32-year-old Denly along with Surrey opener Rory Burns and Warwickshire paceman Olly Stone were the uncapped players chosen in England’s 16-man squad for the three-match Test series that starts in early November.

Kent batsman Denly has played nine ODIs and five T20Is for England but his last international appearance was against Pakistan in the shortest format eight years ago.

The right-hander has primarily batted in the middle-order for his county but with Alastair Cook retiring and Keaton Jennings struggling, a place might open up at the top of the order.

Denly told Sky Sports: “I’ve batted in all positions and I think that’s probably helped my selection. I started my career as an opening bat and moved down to number three; I’ve batted at number four as well.

“I think that’s what I’ve got to do; I’ve got to prepare to bat in all those positions and, hopefully, if selected in a game I can take that chance at whatever number that is.”

Denly has also contributed with the ball in Kent’s successful season in the County Championship and is hoping his leg-spinners will come in handy in Sri Lanka’s conditions.

The Kent player added: “I’ve really enjoyed the opportunity I’ve had with the ball this year; I’m very excited to get out there and see what type of wickets we may come up against.

“But I’m sure that we will be challenged against spin bowling and, hopefully, I can contribute with the ball as well as with the bat.”