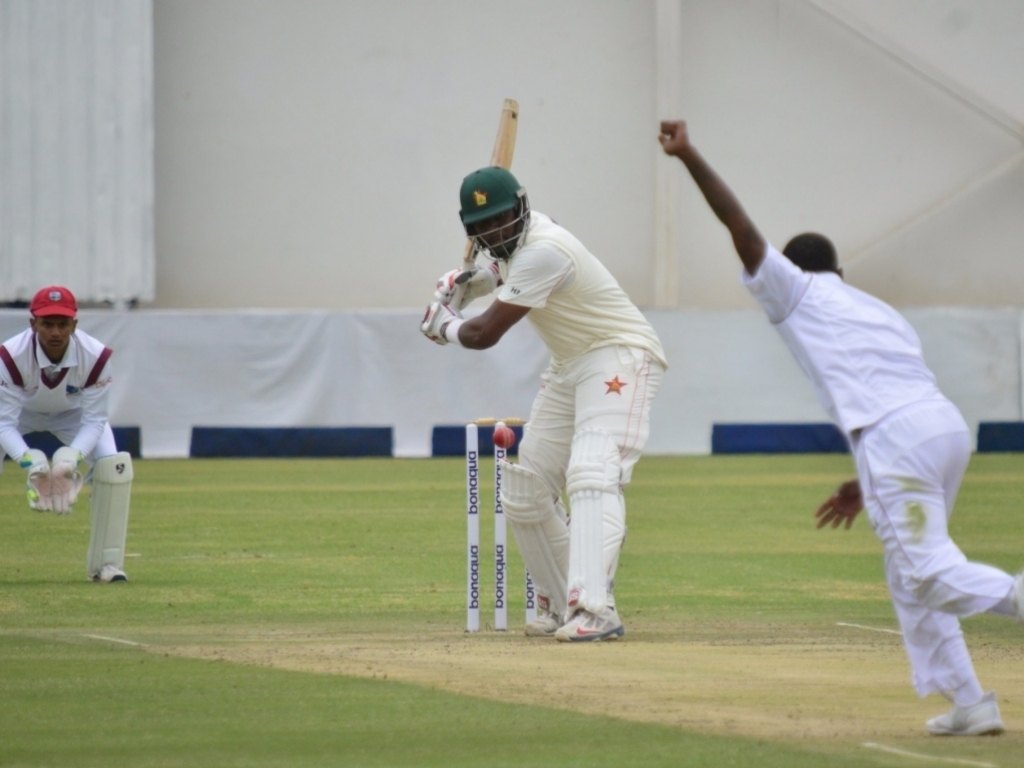 Hamilton Masakdza scored an unbeaten century as Zimbabwe ended a rain-hit first day of the second Test against the West Indies on 169/4 in Bulawayo on Sunday.

Masakadza, who as a 17-year-old scored his maiden Test ton against the Windies in Harare in 2001, was 101 not out and was with Sikandar Raza (9 not out) in the middle when rain brought an early close to proceedings just after tea.

It was the 34 year-old Masakadza’s fifth Test hundred as he also went past 2000 runs in the longest format and it was his first ton at the Queens Sports Club in Bulawayo.

He shared in vital fourth-wicket stand of 142 with PJ Moor after Zimbabwe slipped to 14/3 inside 10 overs having won the toss and electing to bat on an overcast day.

The Windies made the first breakthrough as early as the fourth over when Kemar Roach had Solomon Mire (4) caught behind before fellow paceman Shannon Gabriel (1-37) beat the defence of Craig Ervine to bowl the left-hander for a duck.

Roach (2-24) got the big wicket of Brendan Taylor (1) and at that stage the hosts were in all sorts of trouble as they looked for a series-leveling victory.

Masakadza found a willing partner in Moor and the two showed solid defence as well as putting the bad ball away to keep the pressure on the Caribbean side.

Masakadza reached his ton off 170 balls, which included nine fours and two sixes, before rain brought an end to proceedings with 61 overs bowled in the day.