Home Countries Hasan, Yasir put Pakistan on the verge of victory against Kiwis

Hasan, Yasir put Pakistan on the verge of victory against Kiwis 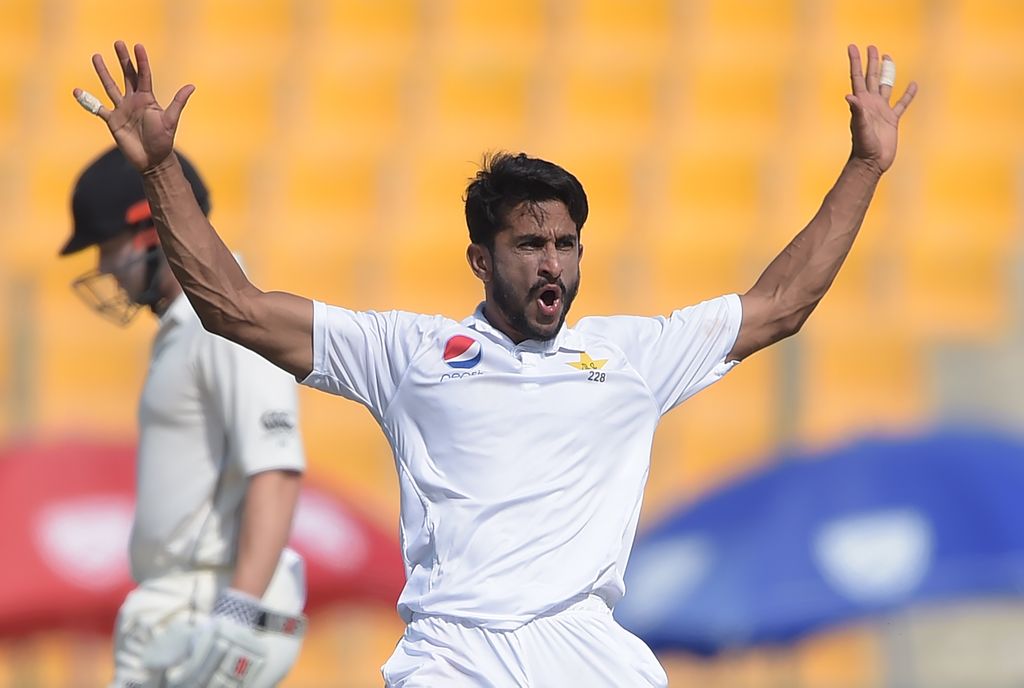 Seamer Hasan Ali and leg-spinner Yasir Shah took five wickets apiece to set Pakistan on their way to victory on the third day of the first Test against New Zealand in Abu Dhabi on Sunday.

Hasan took his maiden five-wicket haul in Test cricket with figures of 5-45 while Yasir finished with 5-110 – his 14th five-wicket haul – as the Black Caps crumbled from 220-4 to 249 all out soon after the tea interval.

That left Pakistan with 176 to win and at stumps they were 37-0 with openers Imam-ul-Haq on 25 and Mohammad Hafeez had eight, needing another 139 to win and two days still to play.

BJ Watling with 59 and Henry Nicholls with 55 had defied Pakistan in the post lunch session with a fighting stand of 112 for the fifth wicket but Yasir took four wickets off just 15 balls to bring his team back into contention.

Pakistan took the second new ball with the total at 201-4 soon after tea break and Yasir had Nicholls caught beautifully by wicketkeeper Sarfraz Ahmed and then in his next over trapped Coiln de Grandhomme leg-before for three.

An over later, Yasir ended Watling’s 145-ball defiance with a leg-before and then bowled Neil Wagner for nought. Watling had five boundaries in his knock.

Hasan then wrapped up the innings by bowling Ish Sodhi for 18 and Trent Boult caught off a miscued drive for nought to improve on his previous best figures of 4-51 against England at Lord’s in May this year.