Home Countries Amla: You can get out every ball on ‘spicy wicket’

Amla: You can get out every ball on ‘spicy wicket’ 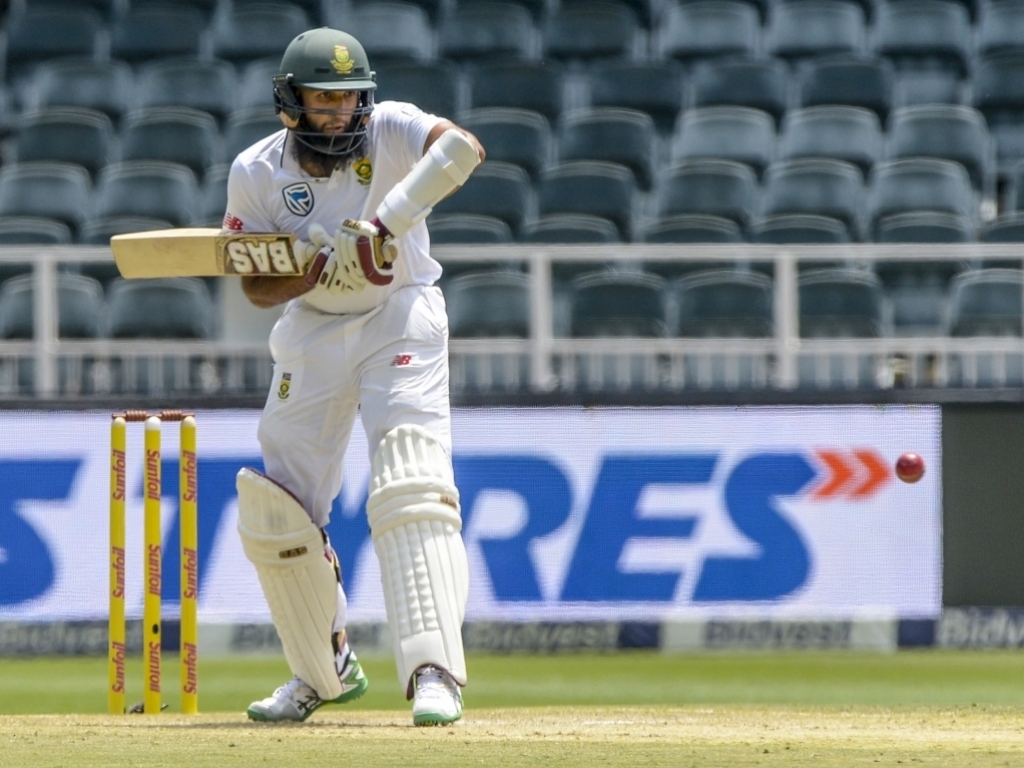 South Africa batsman Hashim Amla admits that the surface for the third Test at the Wanderers is a difficult one to bat on but stopped short of calling it extreme conditions.

11 wickets fell on the first day as India were 187 all out after opting to bat first while the home team also struggled on the second day, being bowled out for 194.

India were 49/1 at the close as they look for a consolation victory in the series.

REPORT: India inch ahead at the Bullring

Amla was the only Proteas batsman to post a half-century, grafting for a vital 61 but not before taking a few blows to the body as balls continue to spit off a length and hitting deteriorating cracks on the pitch.

After the second day’s play, Amla told reporters: “It’s quite a spicy wicket. No one can hide from the fact that you can get out every ball.

“By the same token, it’s challenging as a batsman. Sometimes we get onto wickets that are pretty flat and you can score lots of runs.

“It is just quite difficult to bat, whether it’s too excessive or not, if you ask a batsman what do you think they will say?”

The tourists faced 17 overs before stumps with the hosts expected to make inroads but they bowled to many balls that India could leave and the visitors will be happy with the start of the second innings as they try and set a daunting target.

They only lost Parthiv Patel, who for tactical reasons was shifted up from six in the batting order to open, with Vernon Philander getting his wicket.

Amla added:  “We probably weren’t at our best, but that’s bound to happen. We have a quality bowling attack, but they played a few shots.

“There were also thick edges through the gully area to third man. That’s what happened in the first innings.

“Tomorrow, when we come back, if we hit our straps, it’s going to be a lot more difficult to score.”