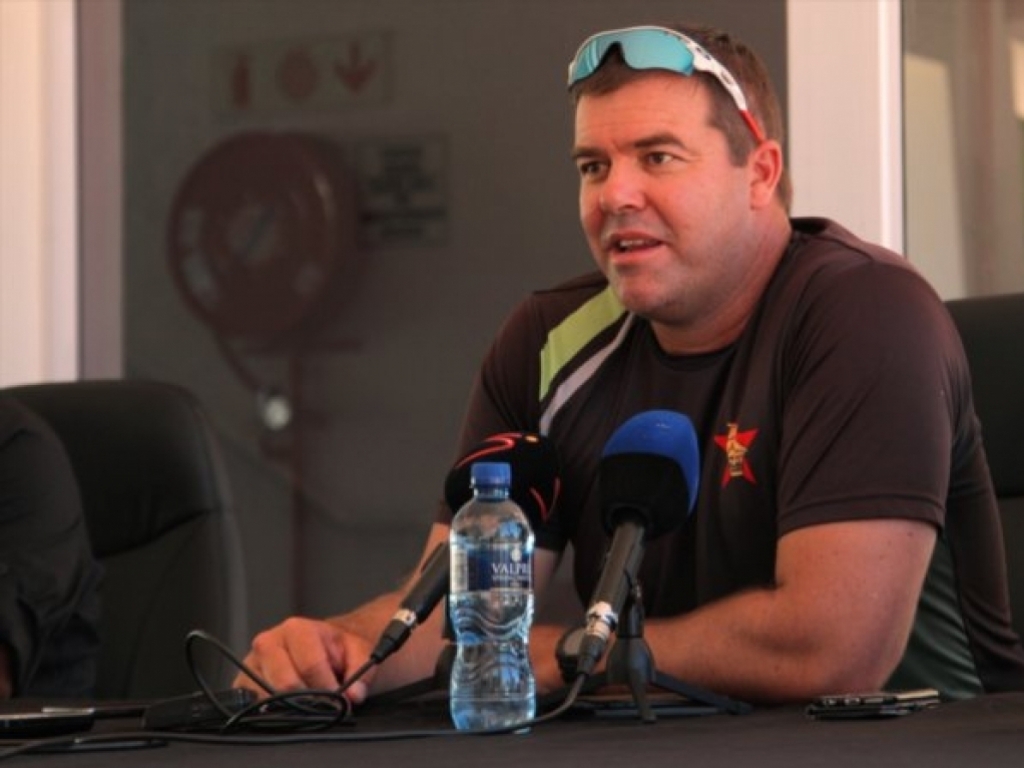 Zimbabwe coach Heath Streak insists his team will play to beat, not just compete against, the Proteas in the day/night four-day Test to be played in Port Elizabeth from Boxing Day.

Streak’s team will go into the contest as heavy underdogs but an ODI series victory and close one-off Test in Sri Lanka earlier this has given the team belief.

Streak told reporters in Paarl on Tuesday, ahead of Zimbabwe’s three-day tour game that South Africa Invitational XI starting on Wednesday, that his team will be up for the challenge.

The Zimbabwe mentor said: “It’s about shaking off the underdog mentality and playing to win, not to compete and to not embarrass ourselves.

“Our series in Sri Lanka was a watershed moment for us, more mentally than anything else.

“We are out to play winning cricket and we’d rather lose trying to play a winning brand than to just compete.

‘We’ll have our challenges, especially in the longer format because we don’t play that much, but this team is going places.”

The tourists’ captain, Graeme Cremer, feels the reduced number of days in the Test could give his side a chance to close the gap on the hosts and maybe force a positive result.

Although some of the Proteas’ players – Faf du Plessis and Dean Elgar – were not in favour of the four-day Tests, Cremer thinks it could benefit so-called smaller teams.

Cremer said: “I think it’s a good thing, especially when the two teams aren’t ranked that close together.

“The game will move that much quicker because it’s only four days. It will be good to watch and good for the crowd.

“What a lot of the so-called bigger teams will do is bat the other team right out of the game and they can bat as long as they want, knowing they’ve got the bowlers to bowl a team out twice.

“The bigger teams will have to probably score a bit quicker and give the lesser team a lot more opportunity to get wickets and the game will move quite quickly.”