Home Countries Klaasen: This knock means the world to me

Klaasen: This knock means the world to me 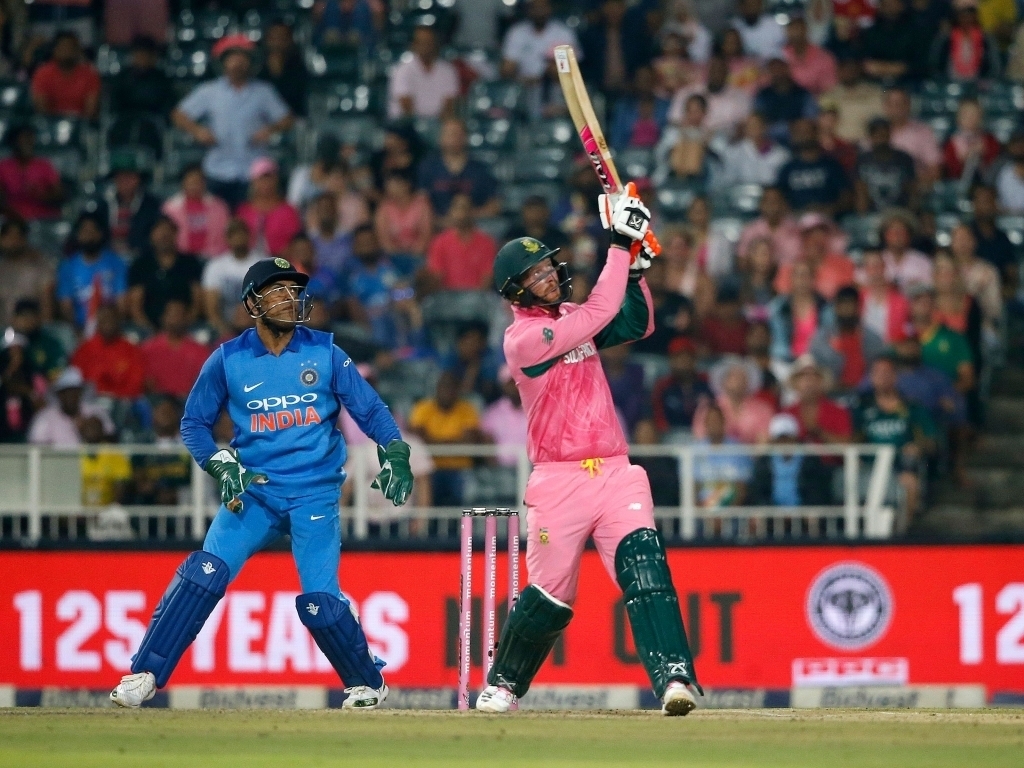 Heinrich Klaasen says the way he was dismissed on his international debut spurred him on to play the innings required as he helped the Proteas beat India by five wickets in the Pink ODI at the Wanderers on Saturday to stay alive in the series.

With rain having reduced the home side’s innings to just 28 overs and a revised target of 202, Klaasen walked in to bat in the 17th over at the fall of the big wicket of AB de Villiers, with the score on 102/4.

The Titans wicketkeeper proceeded to smash 43 not off just 27 balls as the hosts got over the line with 15 balls still to spare.

Klaasen made his debut in the previous game at Newlands and was out cheaply, lbw for six to the leg-spin of Yuzvendra Chahal but played the slow-bowlers with aplomb in Johannesburg, showing nerves of steel as the pressure was mounting.

The 26-year-old said after the game: “The way I got out  in my debut game was tough. It was a soft dismissal and I did not like that.

“This knock means the world to me. To win a game for your country is better than scoring a hundred.

“But to put in a performance like today, after getting a second opportunity, obviously boosted my confidence a lot.”

Klaasen believes the Proteas will take a lot confidence from the Wanderers win as they go in search of two more victories in the final two games to draw the six-match series.

The next ODI is in Port Elizabeth on Tuesday with the series concluding in Centurion on Friday.