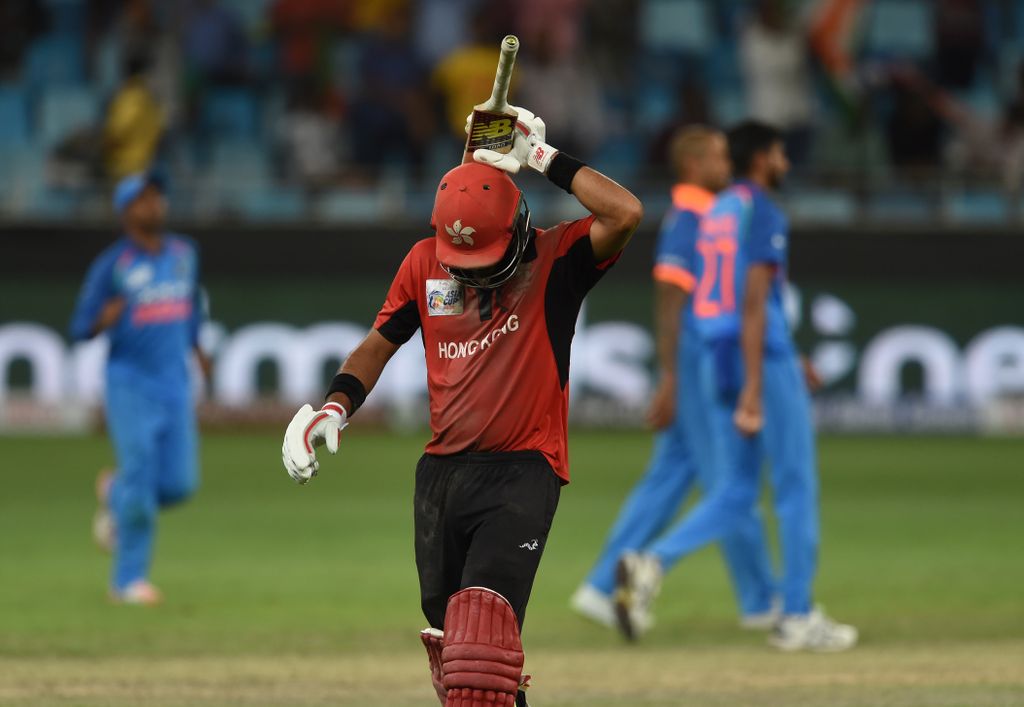 Hong Kong captain Anshuman Rath left the Dubai International stadium with mixed feelings after his team gave India a proper scare before the more experienced side eventually prevailed in an Asia Cup clash on Tuesday.

However, maybe sensing a famous victory getting close, the Associate side lost both openers within the space of two overs and the pressure eventually told in the end.

Hong Kong were restricted to 259/8 in their 50 overs to fall to a 26-run defeat but walked away from the match showing the world they can play.

REPORT: India given an almighty scare but see off Hong Kong

Rath said after the game: “I think today was bittersweet.

“We proved to the world what we can do, but in saying that, we had India by the horns and should have really finished it off.

“If we’re being hard on ourselves, which we should be, we should have finished that game off.”

It was a big improvement by Hong Kong after they were bowled out for just 116 in their first game of the tournament against Pakistan and went on to lose by eight wickets.

Rath continued: “It was just a confidence thing. You looked at the way we batted against Pakistan. You could tell we were a bit timid, a bit rigid, sort of ‘oh my god, we’re playing Pakistan’.

“When we restricted India to just 280, we knew it was a good batting deck but obviously India has the bowlers, but we knew that 280 was about par.

“Only just over par, I reckon. We had the batting firepower, we had nothing to lose. So I said ‘game on here’.”

Hong Kong will lose their ODI status now that their Asia Cup commitments are over with the team facing a long spell without any games.

The Hong Kong skipper continued: “Of course, we don’t know what the ICC have planned for us. Hopefully this performance helps.

“The next three-four years will be quiet for us, going into a rebuilding phase, but hopefully the ICC recognise that Associate cricket has got a lot better and we proved that today.”