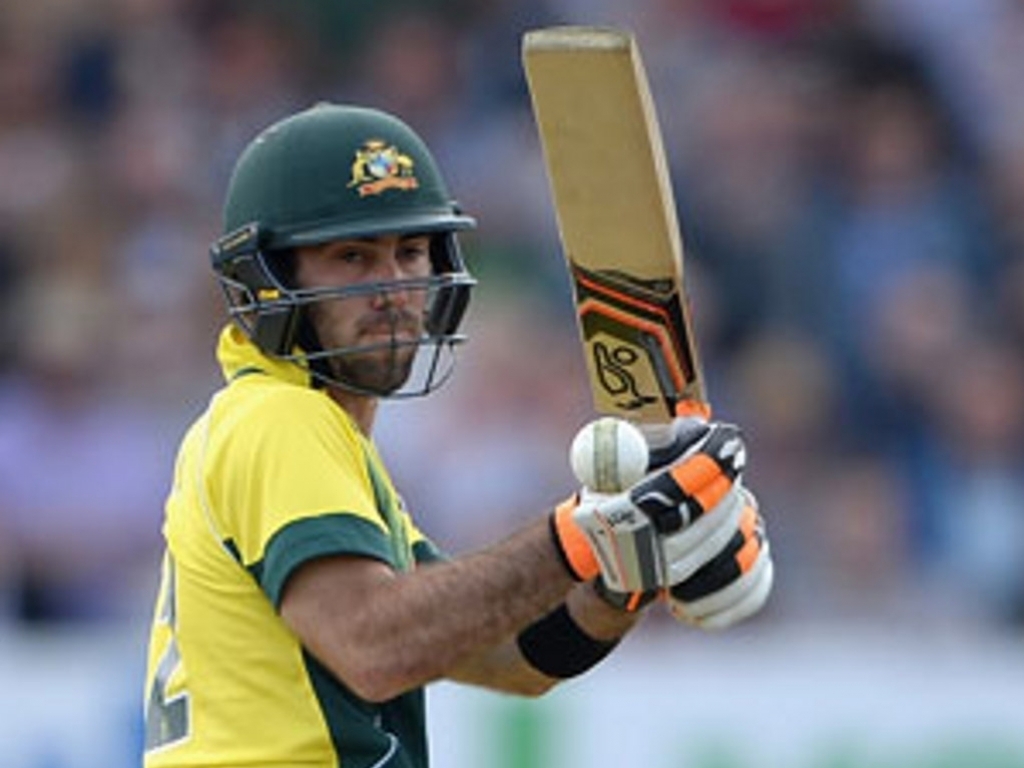 A whirlwind innings of 145 off just 65 balls from Australia batsman Glenn Maxwell set up an emphatic 85 run victory for the tourists in the first of two T20Is against Sri Lanka in Pallakelle.

Maxwell was promoted to open the batting and made the most of his opportunity recording the second highest score by any batsman in a T20I.

The Victorian was content to begin his innings in the shadow of skipper David Warner, who blasted 28 off 14 balls before missing an attempted sweep off Sachithra Senanayake and being bowled.

That dismissal brought Maxwell out of his shell and he began unloading on the stunned Sri Lankan bowlers.

Maxwell reached his fifty in style by smashing Kasun Rajitha over long on for six, the seamer had a day he would probably rather forget as his three overs went for 46 runs.

In Australia’s mammoth total of 263, a new world record, only Maxwell passed fifty as Usman Khawaja fell for 36 off 22 balls and Travis head holed out of the last ball of the innings for 45.

Maxwell was unlucky to be away from strike for much of the last two overs which saw him fail to overtake teammate and good friend Aaron Finch’s T20I record score of 156.

In reply Sri Lanka got off to a rocky start, with Tillakaratne Dilshan’s farewell to Pallekelle coming to an end inside the first over as Mitchell Starc cleaned him up for four.

The very next over Kusal Perera miscued a shot off Scott Boland which Starc did well to hold onto to leave Sri Lanka 15 for 2.

In the fifth over James Faulkner brought up his fine leg and Dhananjaya de Silva (12) couldn’t resist trying the scoop but he chose the wrong delivery as a slower ball clattered into his leg stump.

Kusal Mendis (22) was next to go as the procession of wickets continued, the middle-order batsman had looked dangerous before he holed out to Maxwell at deep midwicket off the bowling of Moises Henriques.

Adam Zampa got in on the act as Thisara Perera (7) failed to pick his googly and got a leading edge to Boland at short third man.

Mister consistency, Dinesh Chandimal, equaled his highest score in T20I cricket getting to 58 before he misjudged a slower one from Boland and was caught in the deep to leave Sri Lanka floundering at 138 for 6 in the 16th over.

Sachith Pathirana (2) lasted just two balls as Boland got his second wicket, Head hanging on to a good catch in the covers.

Senanayake was lucky to survive a fiery over from Starc as he edged the quick just out of Peter Nevill’s reach and then survived a big lbw appeal, gratefully accepting a leg bye to get off strike.

In Starc’s next over the 19th of the innings he picked up the wicket of Chamara Kapugedera who had begun to free his arms just a little on his way to 43, before removing Suranga Lakmal with his final ball, sprinting forward to take a great catch off his own bowling and finish with superb figures of 3 for 26.

Rajitha survived five consecutive Boland dot balls in the final over as Sri Lanka ended on 178 for 9 losing by 85 runs.

Boland would replicate Starc’s figures of 3 for 26 from four overs as the pair ended as the joint pick of the bowlers.