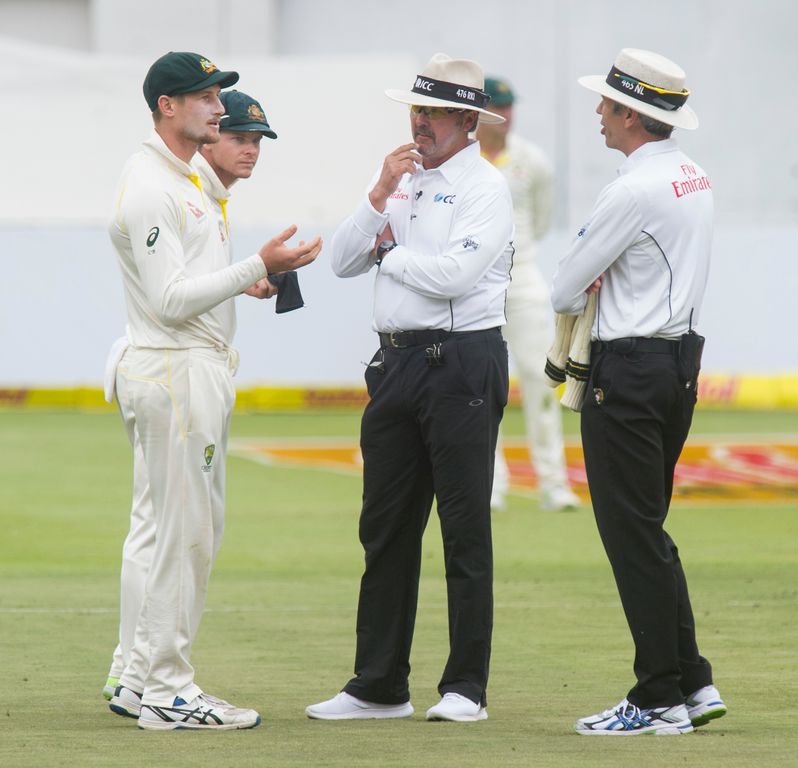 The International Cricket Council (ICC) have approved tougher sanctions for ball-tampering and sledging in a bid to improve on-field behaviour in the sport.

The changes come in the wake of a ball-tampering scandal in South Africa in March that saw Steve Smith stripped of the Australian captaincy and suspended from international and domestic cricket for a year.

Vice-captain David Warner and Cameron Bancroft were also banned for one year and nine months respectively.

ICC chairperson Shashank Manohar said: “It is vital that there is a strong deterrent to both players and administrators to ensure we have high standards of conduct in our game.

“We have more than a billion fans and we must not give any of them any reason to doubt the high levels of integrity within our sport.”

Changes to the ICC’s code of conduct included the introduction of a raft of tougher sanctions, to be introduced later this year, for cheating (other than ball-tampering), personal abuse, audible obscenity, disobeying an umpire’s instructions, and changing the condition of the ball, the Dubai-based governing body said.

Ball tampering will now be considered a level three offence – instead of level one which it was – for which the maximum sanction is 12 suspension points, the equivalent to six Test matches or 12 one-day internationals.

The ICC said in a statement: “The board also agreed to consider how member boards can be held liable for its players’ behaviour with appropriate sanctions to be imposed on boards when the accumulated number of offences by its players exceed certain thresholds.”

ICC chief executive David Richardson added: “There is a clear desire here to reclaim cricket’s unique proposition as a game that people can trust in and for us all to live the spirit of cricket in a way that is relevant in the 21st century.

“With regard to building a culture of respect, the board agreed that members should treat each other with respect as well as ensuring that their teams respect each other, the game and the match officials.”

After its five-day annual conference in Dublin, the ICC also agreed a plan for stabilising the financial, cricket and management structures at Zimbabwe Cricket.