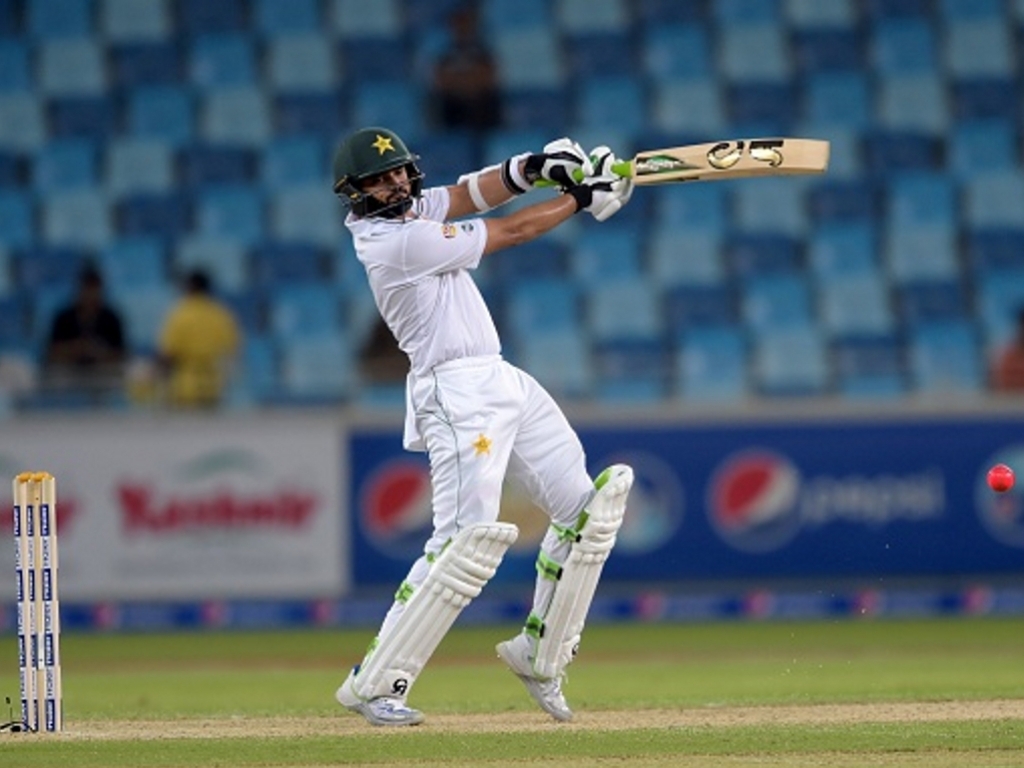 An 11th career century from Azhar Ali left Pakistan well on top on day one of the 1st Test against the West Indies in Dubai as they reached 279/1 by the close of play.

The right-hander shared a 215 run opening stand with Sami Aslam that seemed to sap the West Indies of any sort of vigour in the first day/night Test played in Asia.

The West Indies bowlers bowled too short in the morning session and didn’t look like troubling the opening pair as they put on 81 before tea.

Pakistan would move to 168 without loss by the dinner break as the West Indies bowlers toiled in search of a breakthrough, losing both their reviews along the way after referring two decent shouts unsuccesfully.

The West Indies extracted more swing in the closing two sessions but got little reward.

Azhar became the first batsman to score a century in a day/night Test shortly after the dinner break as he went to three figures in style, smashing Roston Chase to the fence.

Aslam looked like he would join Azhar in reaching the milestone but a Chase delivery took the bottom edge of his bat as he attempted a sweep and the ball ricocheted against his leg and into the stumps to send him packing for 90.

Asad Shafiq (33*) would join Azhar who finished on 146 not out and close out play with Pakistan well placed on 279/1 after the first day in Dubai.