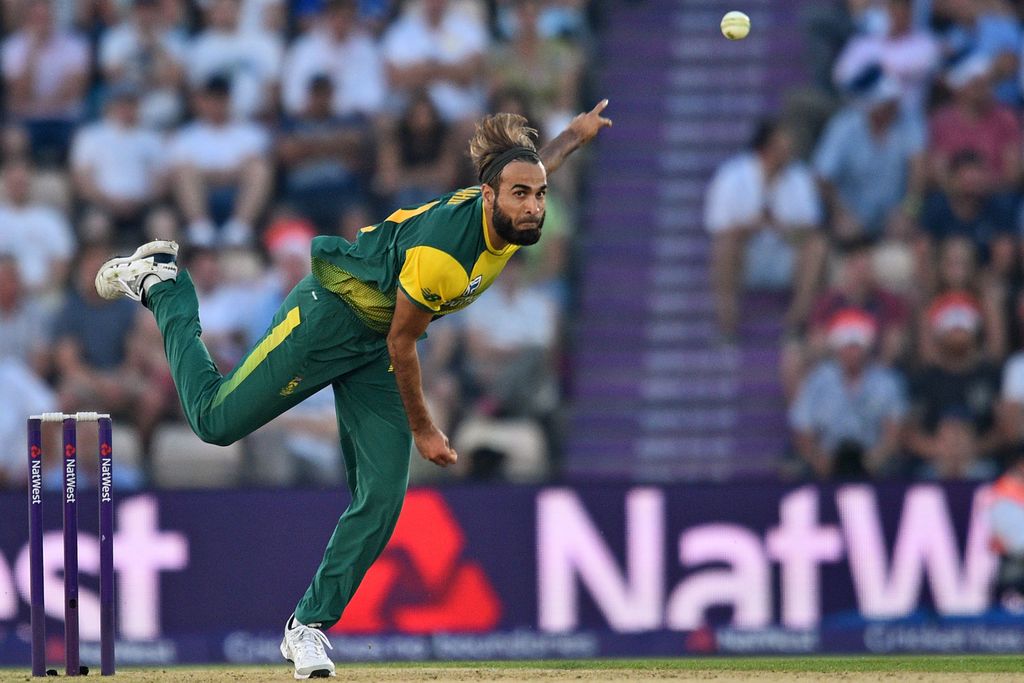 The Proteas selectors have decided to rest spinner Imran Tahir for the ODI series against Sri Lanka in July-August with Keshav Maharaj and Tabraiz Shamsi the slow-bowling options for the five matches.

Maharaj, the number one spinner in South Africa’s Test team, has two ODI caps while left-arm wrist-spinner Shamsi has played in seven ODIs.

The 39-year-old Tahir is the Proteas’ top-ranked ODI bowler at number six in the world and convener of selectors Linda Zondi said the leg-spinner will be the number slow-bowler at next year’s World Cup.

Zondi said: “We have taken the strategic decision to rest Imran Tahir so that we can get a clearer picture as to who our best second spinner is to back him up at the World Cup.

“Imran will be our first- choice spinner at the World Cup but, if we play him against Sri Lanka, it is unlikely that we will be able to play both Tabraiz Shamsi and Keshav Maharaj.

“By taking this route, we will be able to play the two of them together.

“Tabraiz has been the outstanding bowler in franchise white ball cricket this past season. Keshav has been outstanding for us in red ball cricket and we need to give him the opportunity to show us what he can do at international level in the ODI format.”

There are two new caps in Highveld Lions batsman Reeza Hendricks and Titans fast bowler Junior Dala, who have both represented the Proteas in the T20 format.

They are replacements in the squad for AB de Villiers and Morne Morkel who have both retired while young Lions allrounder Wiaan Mulder also returns to the squad after missing the previous series against India.

The ODI squad will also do duty in the one-off T20 International match against Sri Lanka.

Chris Morris could not be considered for any of the squads because of injury.