Home Countries Kohli: SA’s character got them the win

Kohli: SA’s character got them the win 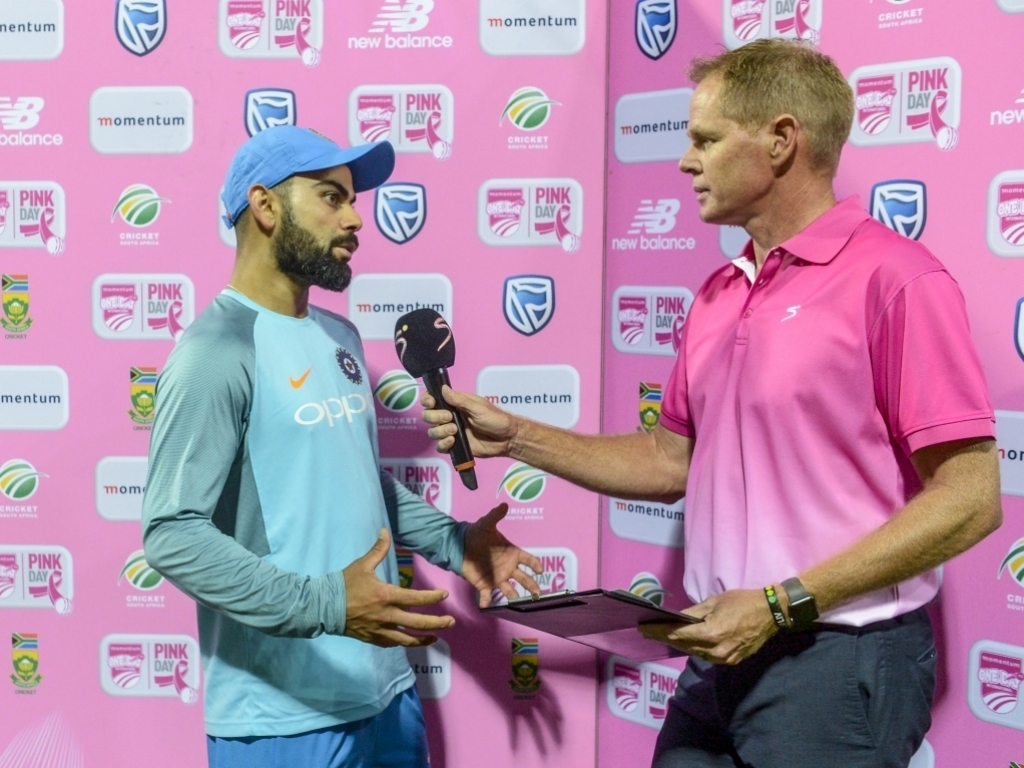 India captain Virat Kohli said South Africa deserved to win the fourth ODI at the Wanderers on Saturday as the home team kept themselves alive in the six-match ODI series.

The Proteas chased down a revised target of 202 in just 28 overs as the hosts won their first game in the series, which now sits at 3-1 to the tourists with two more games to play.

India posted 289/7 in their 50 overs after Kohli had won the toss and elected to bat first thanks to a ton in his 100th game by opener Shikhar Dhawan.

Kohli said at the post-match presentation: “You have to give credit to South Africa. I think they played with a lot of character in the end, they pulled through, they deserved to win.

“They are a quality side, we expected them to play quality cricket and they played well tonight.”

The India skipper though alluded to the fact that his team had to get a bigger total in their second innings as they were 197/2 with 15 overs still remaining in the innings when play was interrupted by rain.

Kohli said: “After the break when Shikhar and Jinks [Ajinkya] came off the wicket played a bit differently, it wasn’t as good to bat after the break.

“After the lightning break the guys felt with the weather getting cooler, the wicket got faster in the evening, and that continued through the innings, so I don’t think the guys quite settled in the later half.”

India need just one more win from the remaining two games, in Port Elizabeth on Tuesday and Centurion on Friday, to clinch the series.