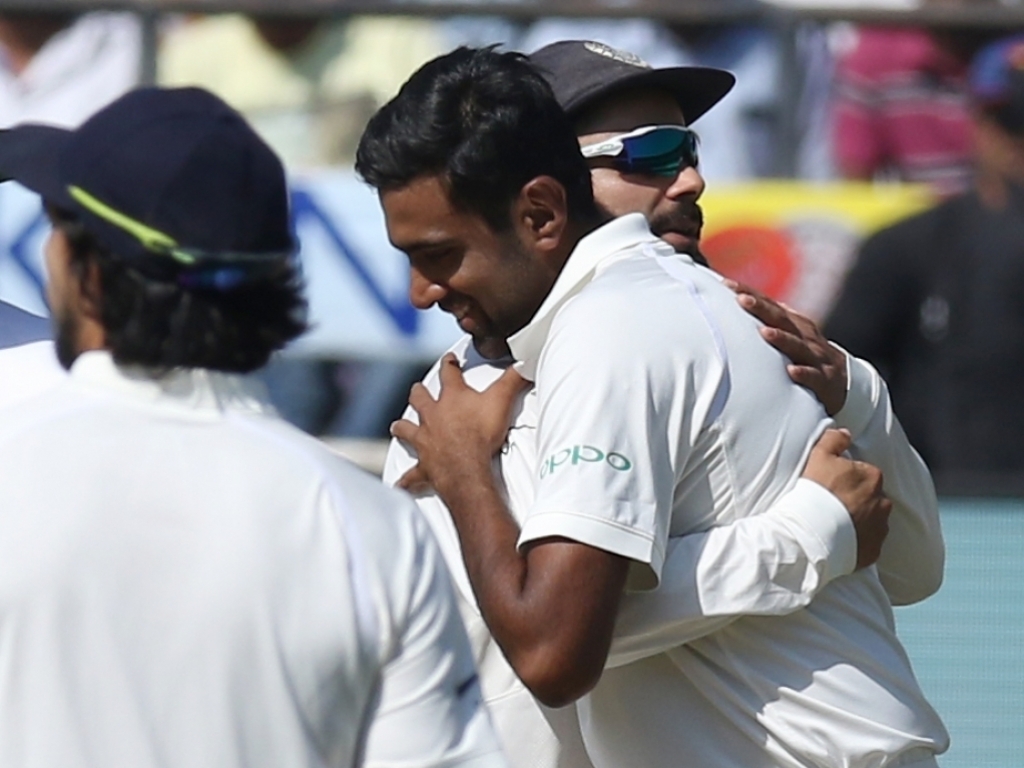 India thrashed Sri Lanka by an innings and 239 runs on the fourth day of the second Test in Nagpur to take a one-nil lead in the three-match series with one game left to play.

The visitors resumed the day on 21/1 in their follow-on innings, still a massive 385 runs from making India bat again, but capitulated meekly on Monday to be bowled out for 166 as spinner Ravi Ashwin reached the 300-wicket milestone.

It just a procession thereafter as wickets fell in regular intervals with no fight being shown by the Sri Lanka batsmen.

Only visiting captain Dinesh Chandimal, with 61, showed a willingness to try an apply himself while tail-ender Suranga Lakmal swung his way to 31 not out.

Off-spinner Ashwin took the last four wickets of the innings to end with figures of 4-63 in 17.3 overs but also went to 300 wickets in his 54th – the fastest to reach the milestone in the history of the game.

India’s win was built on bowling out Sri Lanka for just 205 on the first day then replying with a mammoth 610/6 declared with captain Virat Kohli striking his fifth double-century while their also centuries for Murali Vijay, Cheteshwar Pujara and Rohit Sharma.

The third and final Test of the series will be played in Delhi from Saturday.