India given an almighty scare but see off Hong Kong 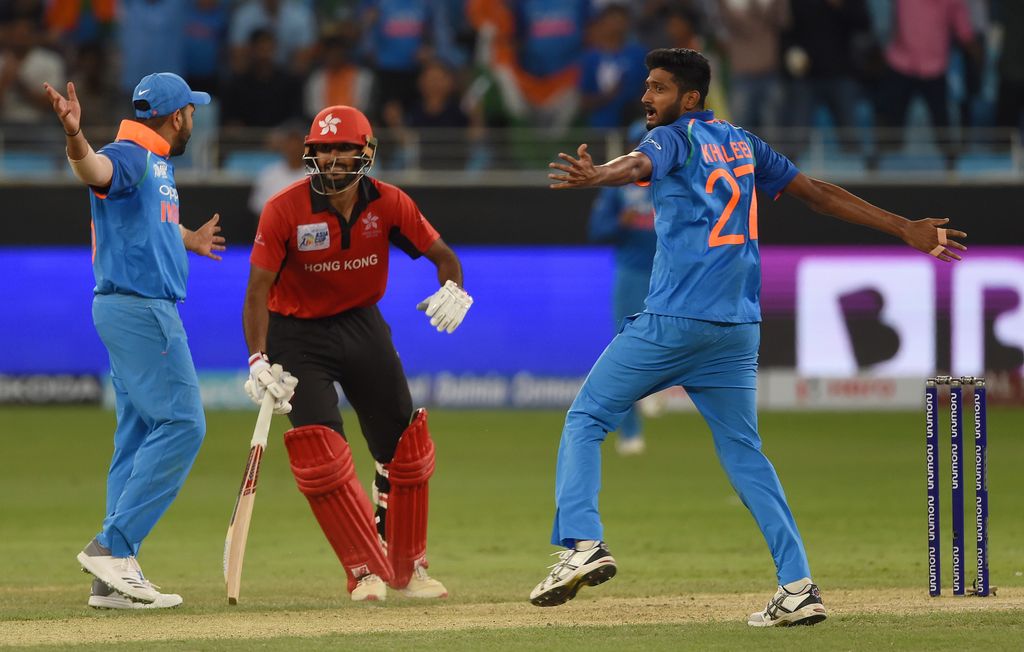 Hong Kong put up a brave fight but ultimately fell short against India in an Asia Cup clash in Dubai on Tuesday, the Associate side eventually going down by 26 runs.

After an impressive bowling performance saw them limit India to a total of 285/7 in their 50 overs, Hong Kong could not bot have asked for a better start with the bat as opener Nizakat Khan and his captain Anshuman Rath put on 174 for the first wicket.

The stand was only broken in the 35 over when left-arm spinner Kuldeep Yadav tempted Rath (73) to drive loosely outside his off-stump but the batsman to could only offer a simple catch to extra cover.

With Nizakat still at the crease though, Hong Kong would still have believed they could get what would have been an almighty upset.

However, with the opening batsman on 92 he was given out lbw off the bowling of 20-year-old left-arm seamer Khaleel Ahmed (3-48), who was making his ODI debut for India.

Hong Kong then lost also the wickets of Babar Hayat (18) and Christopher Carter (3), with Ahmed grabbing another, as the run-chase started to crumble.

It was leg-spinner Yuzvendra Chahal who did most of the damage with the ball for India with figures of 3-46 from his 10 overs with Hong Kong eventually finishing on 259/8 after 50 overs.

Earlier, opening batsman Shikhar Dhawan (127) scored his 14th ODI century only for Hong Kong to fight back as they restricted their more illustrious opponents to a total of 285/7 in 50 overs.

Dhawan’s hundred was complimented by a 70-ball 60 from number three Ambati Rayudu as India made a strong start to reach 161/1 in the 29th over.

However, off-spinner Kinchit Shah, with figures of 3/39, led a spirited fightback by the Hong Kong bowlers as they struck back in the second half of the first innings, taking a further five wickets.