Home Countries India on the brink of two-nil series win

India on the brink of two-nil series win 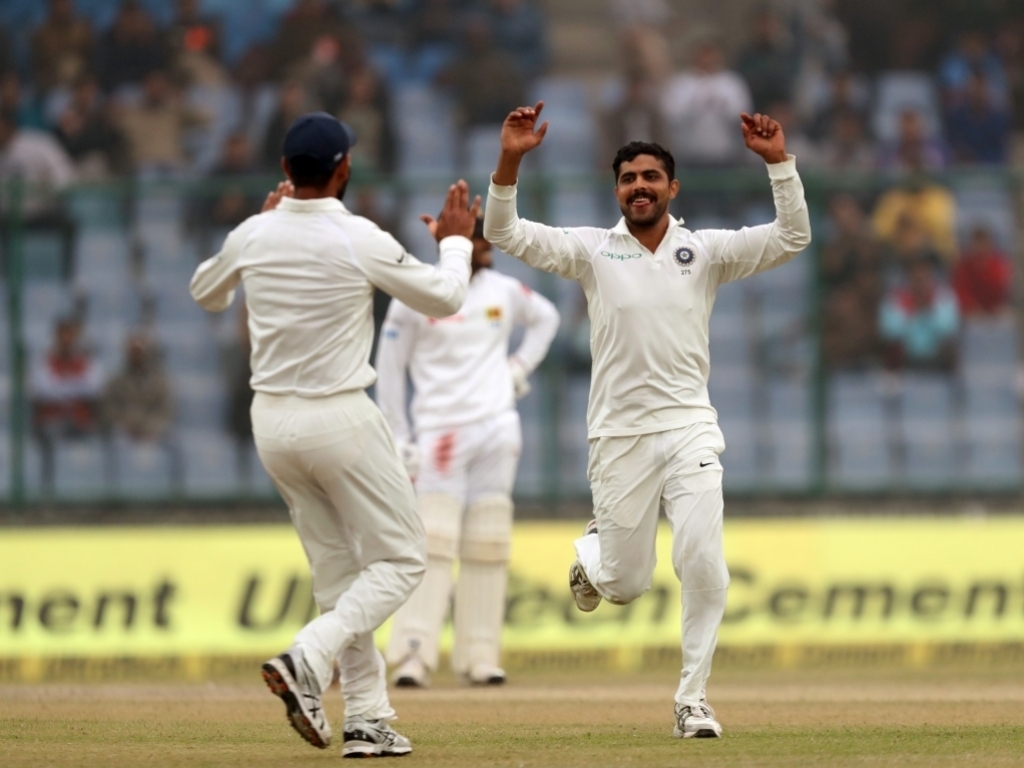 India are well on their way to a two-nil series win over Sri Lanka after taking three late wickets on the fourth day of the final Test in Delhi on Tuesday.

Sri Lanka were 31/3 at stumps chasing an improbable target of 410 after the home team declared their second innings on 246/5.

The visitors were struggling when in the sixth over Mohammed Shami had opener Sadeera Samarawickrama (5) caught by Ajinkya Rahane.

Left-arm spinner Ravi Jadeja then grabbed two late scalps as he had Dimuth Karunaratne caught by keeper Wriddhiman Saha for 13 then bowled nightwatchman Suranga Lakmal for a duck.

Dhananjaya de Silva (13) and Angelo Mathews will take strike in the morning and will attempt to bat for as long as possible as they try an hold off the Indian bowling attack.