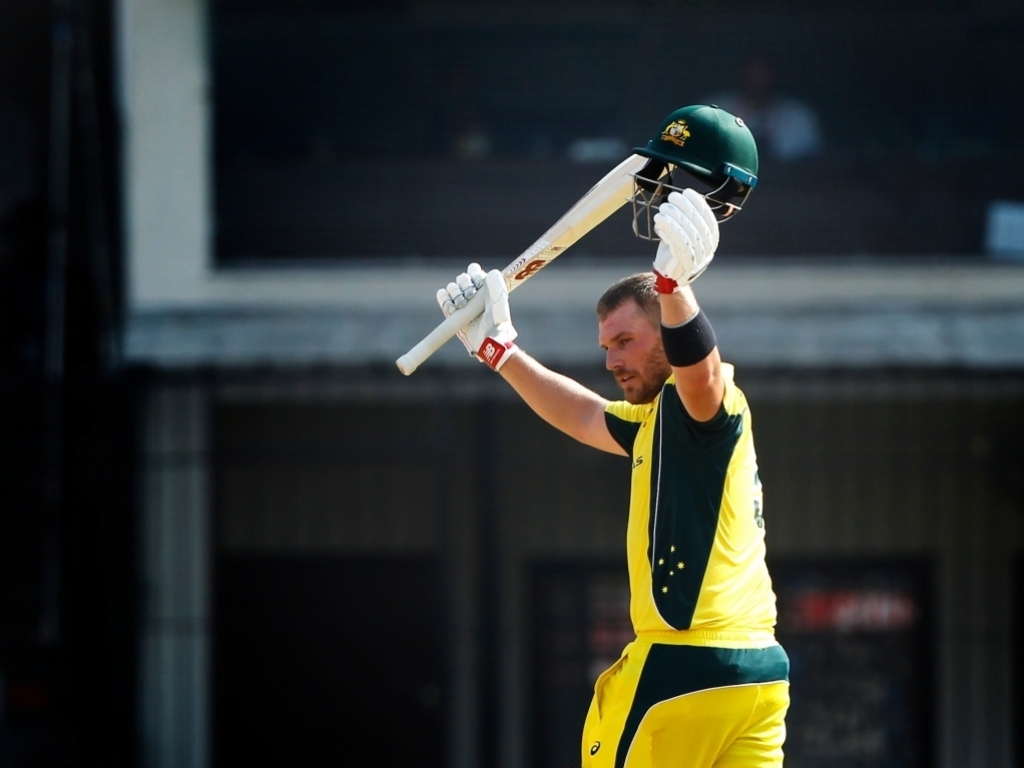 India wrapped up the five-match ODI series against Australia when they beat their visitors by five wickets with just more than two overs to spare in the third game in Nagpur on Sunday.

However, Australia opened the door for themselves when they dismissed both set batsmen within the space of two overs as seamers Nathan Courter-Nile and Pat Cummins struck.

Home captain Virat Kohli (28) was joined in the middle by Hardik Pandya and the duo added 56 before left-arm spinner Ashton Agar got rid of Kohli just as the skipper was starting to look ominous at the crease.

Kedar Jadhav (2) fell cheaply but Pandya’s reputation in the game is growing and he received solid support from new batter Manish Pandey (36 not out) as the two put on 78 for the fifth wicket to just about see the hosts over the line.

Pandya was eventually out with 10 runs still to get but the hard-hitting right-hander enhanced his poster boy status in Indian cricket with another important contribution of 78 off just 72 balls.

Earlier, Australia failed to take advantage of a good start, and s century from opener Aaron Finch, to only post 293/6 after winning the toss and batting first.

Finch and opening partner David Warner (42) put on 70 before the latter was bowled by Pandya in the 14th over.

The right-handed Finch, who was playing his first game of the series because of injury, was then joined by his skipper Steve Smith and the pair dominated the Indian attack for a 154-run stand.

However, when Finch eventually fell, for 124 off 125 balls, in the 38th over it signalled the start of what has become a customary batting collapse from the Aussies.

Smith went for 63 as spinner Kuldeep Yadav (2-75) and seamer Jasprit Bumrah (2-52) pulled things back superbly for the home team.

The series victory takes India to number one in the ODI rankings as the two teams look forward to the fourth ODI in Bangalore on Thursday.