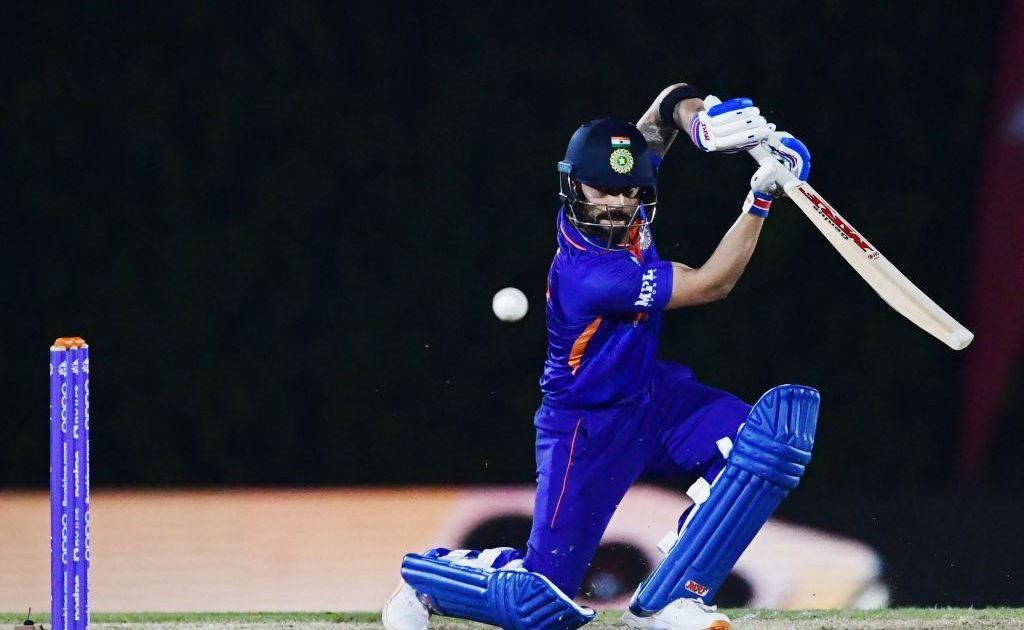 Virat Kohli played like a warrior in the T20 World Cup and proved all critics with consistent superb knocks and placing himself with the second-highest run score.

The run machine gained the position of leading run-scorer in the history of the T20 World Cup.

At 34 years old, Virat Kohli remains approachable om a different sense, as he is always optimistic enough about his position in Indian cricket. His aggression has drawn adulation and rebuke from cricket lovers, but his recent performances have shown the natural talent of this incredible athlete.

If you can’t resist betting on an excellent match and looking for a trustworthy site, but you are getting confused between which to choose – you can rely on BoyleSports for online cricket betting, as this site will provide its players with the highest quality betting experience.

Consistent Run-Maker in the Cricket History

On Wednesday, the former Indian skipper reached the highest scorer when he scored 16 against Bangladesh playing for Group 2 in the tournament. The Indian legend crossed another icon of cricket history who scored more than 1,000 runs in 31 innings of his career. Kohli touched Srilankan captain, Mahela Jayawardene, who scored 1016. Kohli was playing his essential game in the tournament, and his performance proved to be a significant support for the Indian team.

Best performance according to cricket legends

Mahela Jayawardene has rated the run-scoring technique to be a much-needed score for the team. The Srilankan legend feels that Virat Kohli has been performing like a warrior throughout the tournament and is going to be challenging for the rest of the match.

Another legend of the cricket history of India, Gautam Gambhir, feels Virat was never out of form. It was a phase every cricketer passes, and now Virat would be a perfect lifeline for the batting lineup.

Skipper Rohit Sharma was happy with the recent performance of Kohli, and in the game against Bangladesh, he was sent early after the early departure of Rohit Sharma for two runs. Virat Kohli broke the record after the editions of the 2016 and 2014 editions of the World Cup, where he was the leading performer for the Indian team.

BCCI has congratulated Virat for their remarkable performance with their milestone achievement in his career. Kohli has played the 25th innings of his career in the World Cup.

Earlier, the cricketer was criticized for his performance, and even Virat had a phase of involvement in the blame game with the former Indian Skipper and Boar President, Sourav Ganguly.

Kohli had to leave the captaincy, following the pressure coming from the end of the board of Cricket. It was during the Asia Cup that Kohli got the grip of his performance back.

Kohli also had another feather in his career with the coming of the most extensive record in his cricket career by reaching the pinnacle of Indian Cricket, Sachin Tendulkar, and surpassing him in the score of having the highest runs on Australian soil.

Kohli is still the “King Kohli”

According to cricketing art, run-making is the most enormous art-making process, an unfolding tapestry of strokes of all kinds.

It has been found that Kohli, from being the fitness freak to the most handsome cricketer in the history of Indian cricket, has been a sincere enough artist through his performance. Virat has been incredibly organic and has shown a proper attitude from the genesis of the legend, maintaining an iconic standard of play.

Kohli, with his personality, has been a game changer, and in the session of 2017 to 2019, he has turned himself into a key figure in the top batting order. Virat has hit the best performance, winning the hearts of millions and inviting Viratians to be critical towards the judgmental heads about Kohli and Indian cricket.