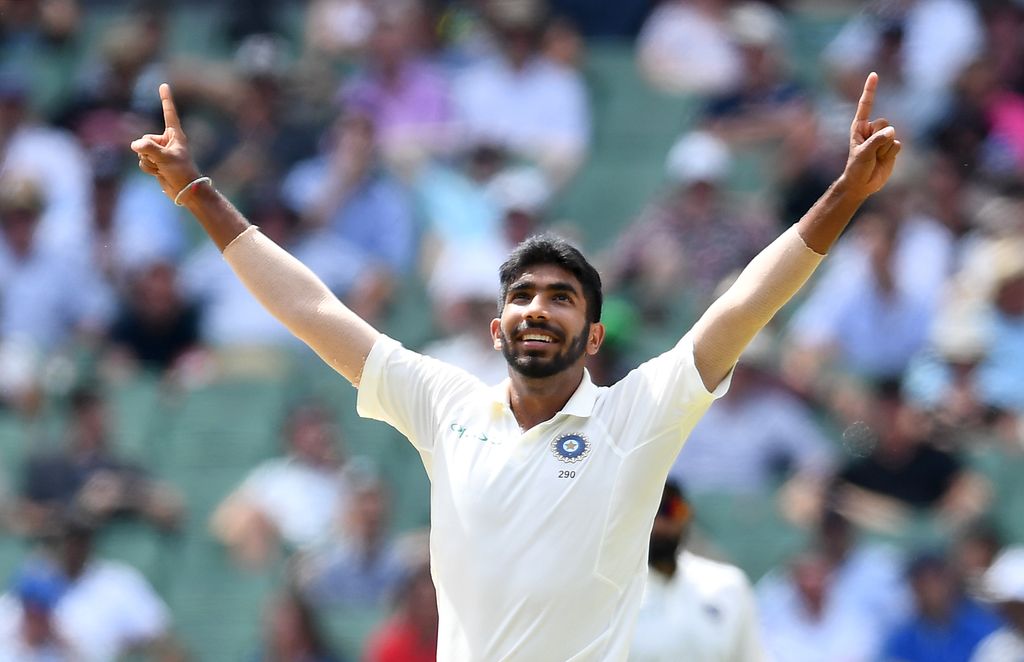 Indian seamer Jasprit Bumrah believes the experience of bowling with Duke balls in England is one of the keys to his success on the Indian tour to the West Indies.

Bumrah claimed a five-wicket haul (5/7) in the first Test in Antigua and he followed that up by becoming only the third Indian to take a Test hat-trick, in the ongoing second Test in Kingston.

Bumrah had figures of 6/27 from 12.2 overs to help India bundle out the West Indies for 117 in the first innings.

🗣️ “It could not go to a more special player!”

Jasprit Bumrah picks up a brilliant hat-trick to reduce the West Indies to 13-4 after Virat Kohli reviews an lbw decision.

“I always look at the team goals, if we win the match and I don’t have any wickets it’s fine. My aim is to contribute to the team’s success, be it by taking wickets or creating pressure,”

“We have done a lot of hard work and last year we played a lot of away matches. Lot of camaraderie is there, we back each other. Even when things are going well we discuss what we can do better. We have a good relationship,” he said.

“Ishant has played a lot more cricket than all of us, (Mohammed) Shami has played a lot, I’m the new guy, so I try and ask questions. I ask them, they’ve played here before, so ‘what works in different conditions?’ ‘If the wicket is not doing anything what should we do?’ What different plans are to be there,”

After Bumrah removed one of the West Indies batsman in the first innings, skipper Virat Kohli was caught on the stump mic saying, “What a bowler, man! What a bowler.”

Bumrah said: “The captain’s confidence gives you a lot of self-belief. When you bowl, you can express yourself, you can try whatever you want to do. That gives you a lot of confidence, not only me but each and every bowler is being backed by him so much. As a bowling unit we are very happy and then we have the freedom to do what we want,”

West Indies resume on 45 for 2, chasing an unlikely 468 runs to win. Follow the score with Cricket365 via our live score centre.