Clarke: Kohli is greatest ODI batsman of all time 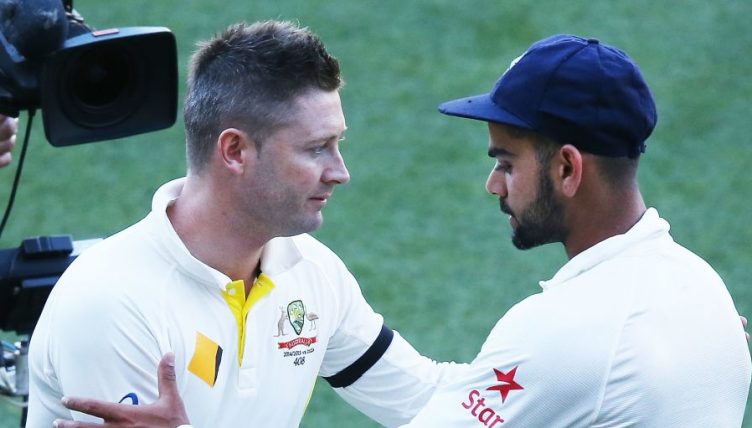 Ex-Australia captain Michael Clarke has hailed India legend Virat Kohli as the “greatest batsman” to have ever played one-day cricket.

In October, Kohli became the fastest batsmen to reach 10,000 ODI runs with the total gained in his 205th innings to comfortably overtake Sachin Tendulkar, who reached the milestone in 259 innings.

Kohli is only 29 and is likely to carry on batting for a long time yet but Clarke thinks the Indian should already be hailed among the greatest the game has ever seen.

“To me, Virat Kohli is the greatest batsman to have ever played one-day cricket,” Clarke said in an interview with PTI. “I have no doubts after seeing what he has achieved for India.

“You have to respect Virat’s passion to win games for his country. Yes, he has aggression but no one can question his commitment, how much he has achieved. He is the greatest in ODIs.”

Meanwhile, Kohli’s team-mate MS Dhoni, who scored three half centuries during the recent ODI series against Australia, has been struggling for his best form of late.

Clarke, though, thinks Dhoni will rediscover his aggression if he continues to back himself.

“Look at his approach in the second game in Adelaide and the third game in Melbourne. It was different. He is good enough to bat at any position and I believe Virat will use him accordingly.”