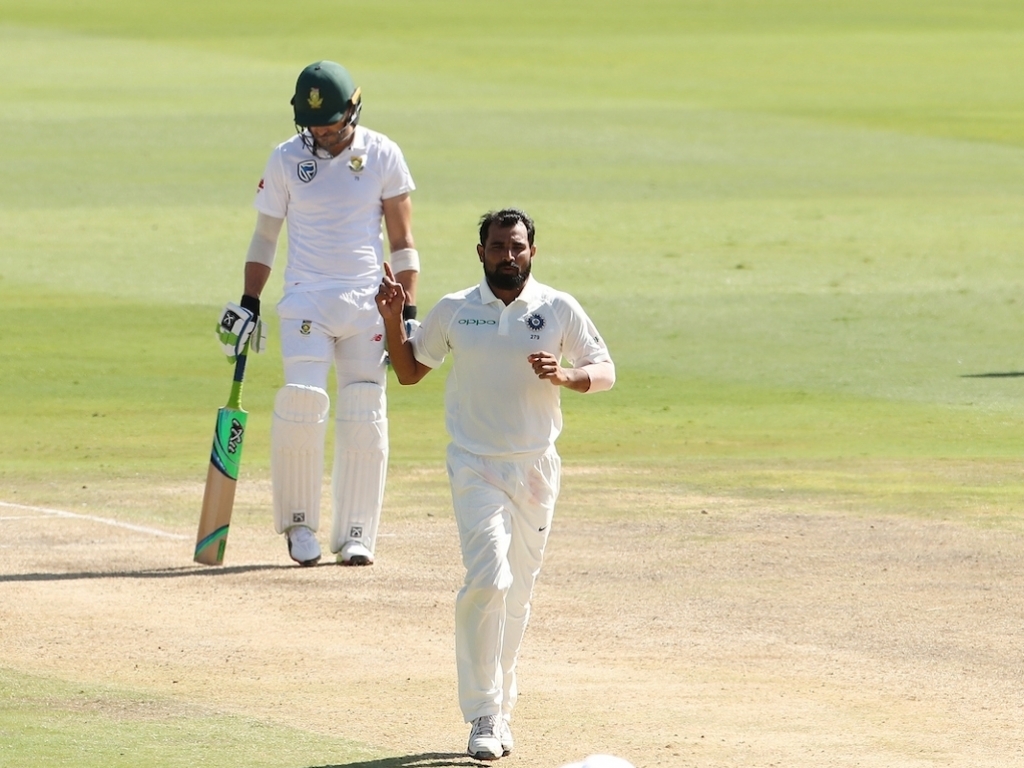 De Villiers feels that Mohammed Shami would be able to command a place in the highly rated Proteas attack.

The former paceman believes that the line that Shami bowls makes him one of the best fast bowlers in the world right now.

De Villiers is quoted by DNA India as saying: "Shami is a good bowler. He could play for South Africa and fit into their pace attack very well.

"He has a beautiful out-swinger, runs in hard, bowls at 140s, and most importantly, he consistently bowls that line to first slip.

"He bowls the line Glenn McGrath did, Shaun Pollick did, Ian Botham did, Dale Steyn does, and so, he is India s best Test bowler."

De Villiers opined that Shami's extra pace makes him more threatening than someone like Hardik Pandya who bowls a similar line.

He went on: "When you are bowling in South Africa, it is important to have that away-swinging line. Shami has that. Hardik Pandya has that too, but he doesn't have too much pace. Until he gets that pace he will not be a big wicket-taker.

"He will fit into India s overseas plans very well though, because he bowls that away-swinging line. Bhuvneshwar Kumar also has that, but he didn't play in Centurion."

The Proteas legend questioned the India team selection for the second Test, he felt it was a big mistake to leave out Bhuvneshwar Kumar.

He said: "I am genuinely surprised that Kumar didn't play. He should be playing all overseas Test matches for India.

"He is someone who can take the ball away from right-handers and then bring it back into left-handers as well."

"That is the future of world cricket on quicker wickets and this has been the past. Jasprit Bumrah bowled well, but he primarily bowls into the right-hander, or bowls into the stumps.

"Even on flat wickets like Centurion, Kumar can average 4 wickets per match. It was a big mistake not picking him," said de Villiers.

"He cannot, because he bowls an incoming delivery into the bat. Kumar can do it, Shami can do it, and they have done it before if I am not mistaken, because they have the away going delivery.

South Africa and India play the third and final Test at the Wanderers next week, the Proteas have an unbeatable 2-0 lead.