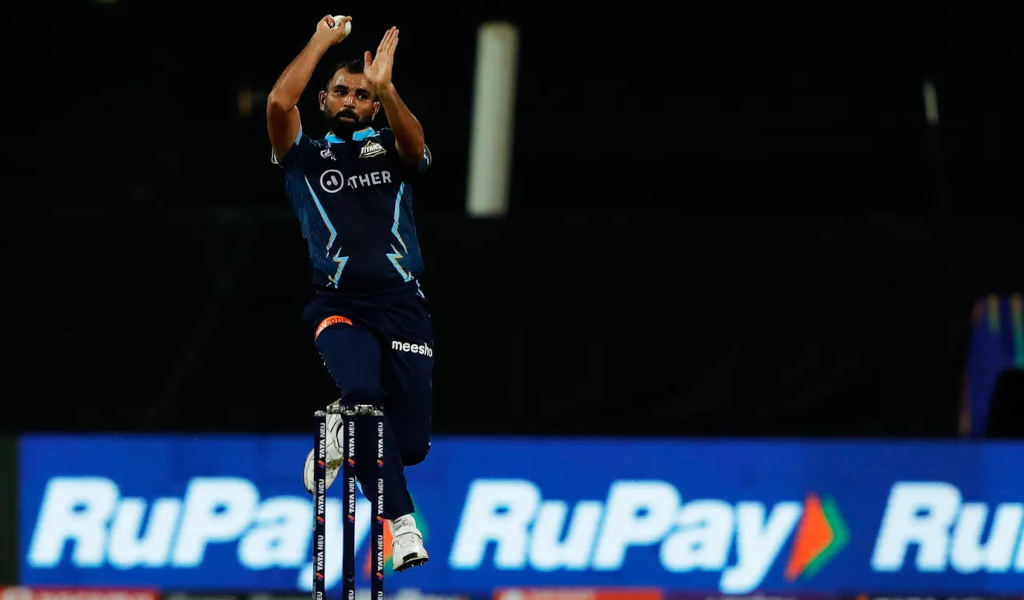 Gujurat Titans skipper Hardik Pandya has lauded Mohammed Shami after the quick put in a man of the match performance as the franchise began life in the IPL with a win.

The chase was tense at times but the Titans always looked to have things in hand.

Hardik feels that was down to a match-winning display from Shami.

“This was a right game for us to finish on either side but I am happy that we won,” Hardik said at the post-match presentation.

“When wicket assists you a little bit, Shami can really come into the game. He got us to a great start.”

He dismissed Rahul with the first ball of the match ensuring that Gujurat made a stunning start to IPL competition.

On that first ball, Shami said: “I just wanted to bowl a good line and length. When the ball comes out of your hand well…people say it’s a God gift but not exactly, I have worked on it a lot.”

Shami revealed that it was his choice not to bowl his fourth over straight after the powerplay.

“Hardik had asked me if I wanted to bowl the fourth over, I said, no, keep one for later.”

Hardik showed a willingness to experiment as skipper, promoting himself to four and giving Rahul Tewatia a finishing role.

The skipper battled his way into the 30s before his own brother dismissed him.

Hardik said that getting out to his brother would have stung more if they hadn’t gone on to win.

An unbeaten 40 from Tewatia saw the Titans home in the end.

Tewatia’s knock included an audacious reverse sweep for six, which he says he tried in an attempt to throw the bowler off.

“The wicket was so good that Miller and I were discussing that we would take it deep and it’s a matter of just one over,” Tewatia said.

“After I hit that six with the reverse sweep, that got Bishnoi thinking.

“Abhinav is a clear striker of the ball, so I had full trust in him that he would come and play his shots straightaway.

“It’s a big thing to do it in your first game.

“I gave him the strike because I know he is a proper batter and can hit big shots. We are doing quality practice, not putting long hours. Ashish Nehra has kept the mood in the camp very light.”