I don’t remember when I scored a hundred – Pandya 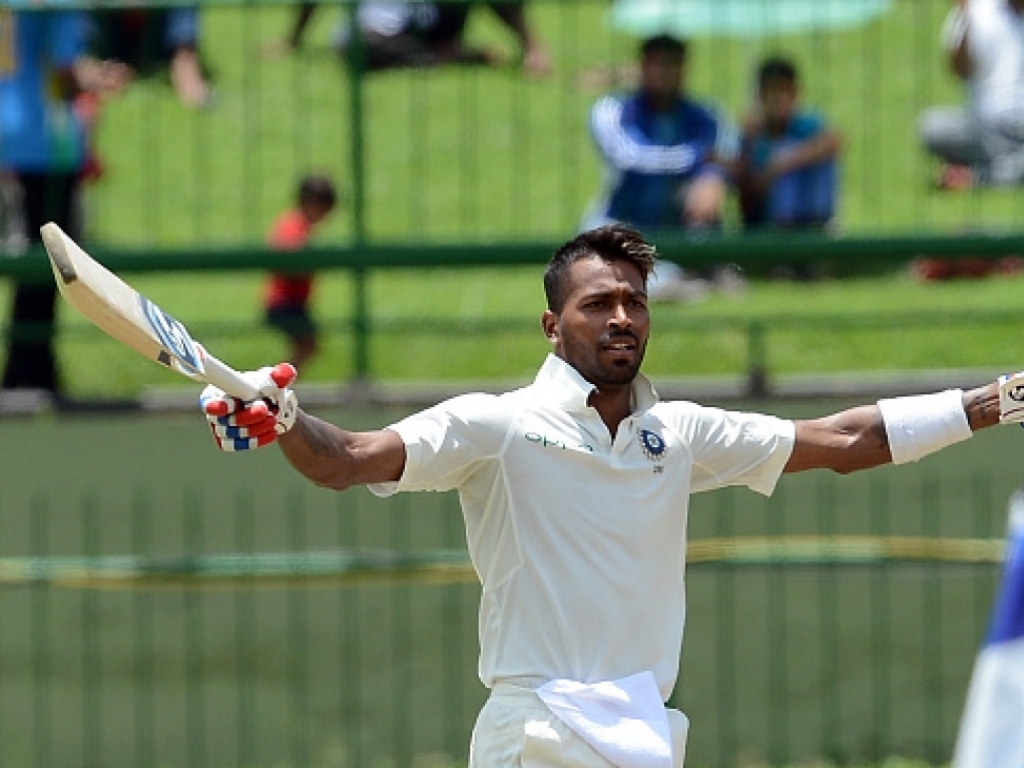 India allrounder Hardik Pandya can’t remember when he last scored a century after striking his maiden ton in Test cricket against Sri Lanka on the second day of the third and final Test in Pallekelle.

The 23-year-old Pandya scored 108 off just 96 balls to propel India to 487 all out with the visitors in a dominant position as they bowled the hosts out for just 135 then forcing Sri Lanka to follow-on.

Pandya, who made his Test debut in the first game of the series, had never scored a hundred in an official game before Sunday, not in List A, T20 or first-class cricket, and he was struggling to remember when he last reached the three-figure mark with the willow.

The hard-hitting right-hander said after the day’s play: “I scored in Under-19. I am 24, no 23. So some four-five years back, I scored my hundred. Actually I don’t remember when I scored the hundred.”

The Mumbai Indians player is happy that his hard work is paying off as tries to force a regular starting place in India’s Test team.

Pandya also scored a half-century on Test debut while he has contributed with vital breakthroughs when bowling his right-arm seamers as India close in on a series whitewash.

Pandya’s innings on Sunday included a record 26 runs in one over off Sri Lanka left-arm spinner Malinda Pushpakumara.

It was the most runs in a single over by an Indian batsman in the longest format beating the 24 set by Sandeep Patil in 1982.

On breaking the record, Pandya said:  “It just happened, honestly I didn’t want to go all out in that over, but I don’t know what happened.

“Maybe I was connecting pretty well, let me try this over and scored 26 runs. [It] feels obviously good.

“I just focus on how I can help the innings progress.”