Bangar: Batsmen let the team down 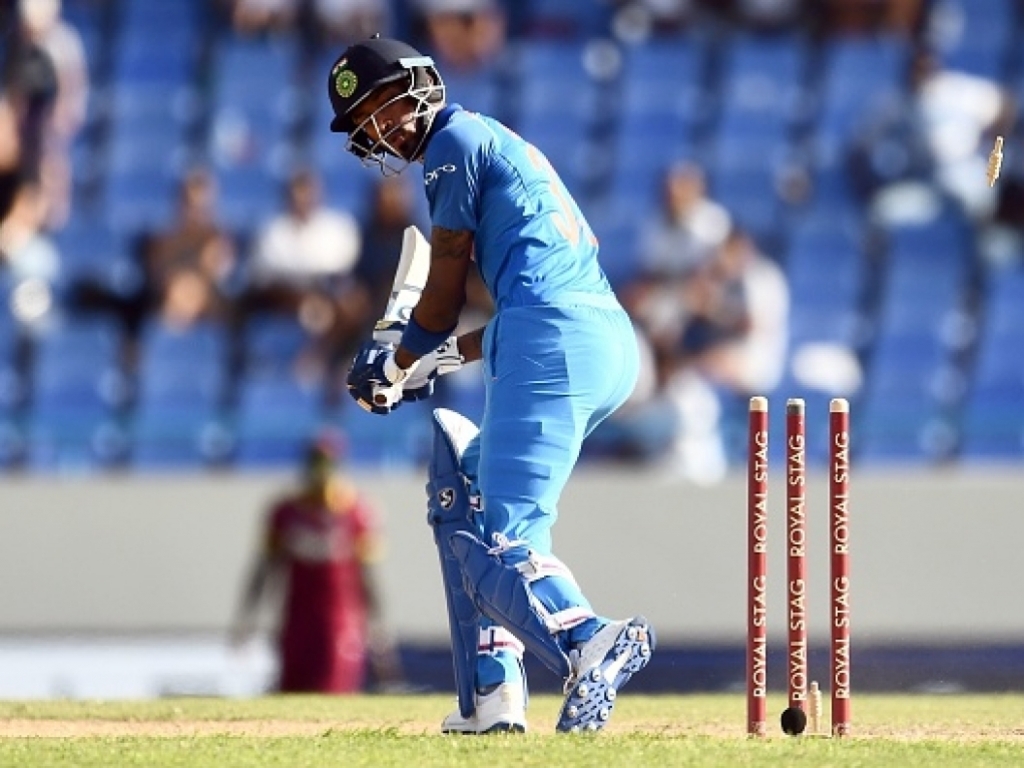 India batting coach Sanjay Bangar has laid the blame squarely on the batsmen after they fell to a 11-run defeat against the West Indies in the fourth ODI in Antigua on Sunday.

Chasing a modest target of 190, India slipped to 178 all out to give the Windies a win that keeps the series alive with one match left to play.

Although admitting that the slow nature of the surface made shot-making difficult, Bangar gave credit to the hosts for executing their bowling plans.

ALSO READ: Holder: We knew we could beat India

Speaking after the game, Bargar said: “It (the pitch) kept getting slower and shot-making wasn’t really easy. Those have been the nature of wickets we have seen so far. But we didn’t really bat to our potential.

“It was a gettable score. I just felt the batsmen let the team down. We encountered this situation even in the previous game when we lost a couple of wickets in the first 10 overs but we still managed to get 260 on a wicket which was very, very damp.

“Credit to them (West Indies). They executed their plans really well but I just felt it was a very, very gettable score.”

India, who lead the series 2-1, have a chance to take home the spoils when the fifth and final ODI takes place in Jamaica on Thursday.