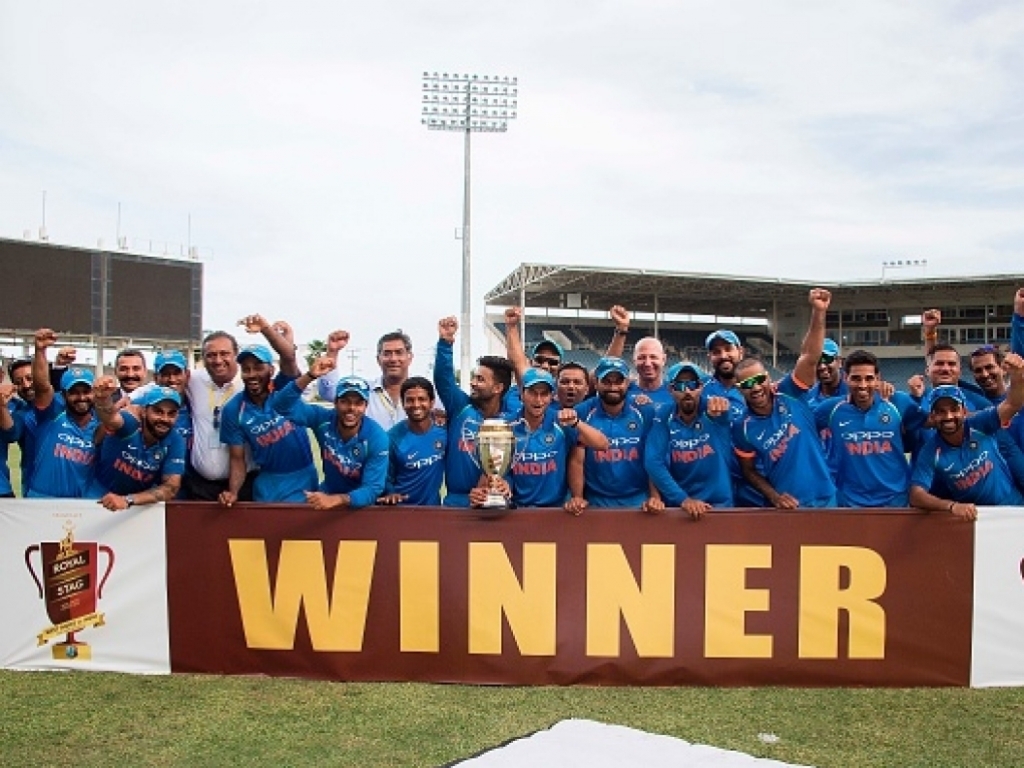 India captain Virat Kohli says he is really pleased after his team beat the West Indies by eight wickets in the fifth and final ODI in Jamaica to clinch a 3-1 series victory.

Chasing a target of 206, the Asian side easily knocked off their target with more than 13 overs to spare with Kohli himself scoring an unbeaten 111 while Dinesh Karthik contributed 50 not out.

The India skipper paid tribute to his opening batsman Ajinkya Rahane, who claimed the man of the series award, after he scored 336 runs over the course of the five matches.

Kohli said after the game: “First and foremost the aim was to win the series, have a complete team performance.

“Special mention to Rahane, who’s comeback after a while and he was outstanding. Shikhar Dhawan as well at the top.

“Really pleased with the team effort in general.”

It was also Kohli’s 28th century in ODIs, but more impressively it was his 18th ton in a run-chase that takes him past Sachin Tendulkar for the most hundreds while chasing a target.

Asked if he had any special formula when chasing a score, Kohli played down his efforts.

He said: “Winning convincingly in a chase is always nice. For me it’s all about getting the team across the line.

India and the West Indies round off the tour with a one-off T20I in Jamaica on Sunday.