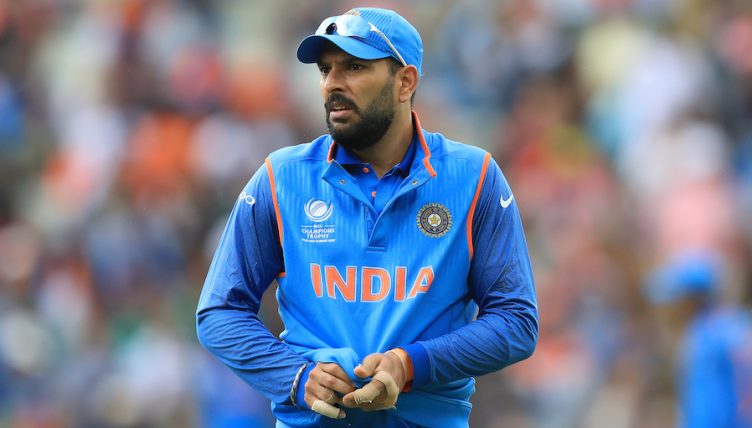 India great Yuvraj Singh has officially confirmed his retirement from all forms of cricket.

After playing 40 Tests, 304 ODIs and 58 T20Is for his home country, establishing himself as one of the best all-rounders in the world in the process, Yuvraj has called time on an illustrious career.

He will perhaps be best remembered for his exploits at the 2011 World Cup, during which he racked up four half-centuries and a century, while also taking 15 wickets en-route to being deservedly named as Man of the Tournament.

“A very difficult and at the same time a very beautiful moment for me,” Yuvraj said. “After 25 years, in and around 22 yards, and after almost 17 years of international cricket on and off, I have decided to move on. I am extremely lucky to play 400-plus games for India. I would never have imagined this when I started my career as a cricketer. It was a love-hate relationship with the sport, in retrospect. I don’t think I hated the game, because the love I have for it today, which will remain a constant till the end of [my] life. I can’t really express in words what is that feeling.

“This game taught me how to fight, how to fall, to dust myself off and get up again and move forward. I have failed more times than I have succeeded, but I never gave up, and will never give up, till my last breath, and that’s what cricket has taught me. I gave my blood and sweat to the game once I got on to it, especially when it came to representing my country.

“As I go back in time today, my life has been like a roller-coaster ride. Winning the 2011 World Cup, being Man of the Series, four Man of the Match awards, was all like a dream, which was followed by a harsh reality, getting diagnosed with cancer. It was like touching the sky and then falling down at light speed and hitting the ground hard. All this happened so quickly, and that too when I was [at] the peak of my career. But in that moment, everyone to whom I mattered, stood together for me – my fans, my friends, my family.

“Probably the worst day in my career was the 2014 T20 World Cup final against Sri Lanka when I scored 11 off 21 balls. It was so shattering that I felt my career was over. And I was written off by everyone to an extent that made me feel at times that it was all over. Then I took a bit of time [off] and I realised why I play cricket; it’s because I love the game. So I went back to basics and scored heavily in domestic cricket. A year and a half later, I made my comeback in T20Is for India, where I hit a six and a four in the last over against Australia in Sydney, and suddenly all the belief came right back.

“I finally made my comeback in one-day cricket after three years in Cuttack on 19th January against England in 2017. I recorded my highest one-day score of 150 in 127 balls when everybody said it was impossible. Trust me, I have never stopped believing in myself. No matter what the world said, believe in yourself because if you put your heart and soul into it, you can achieve the impossible.”