India: Rohit Sharma lauds the impact of Virat Kohli on Test side 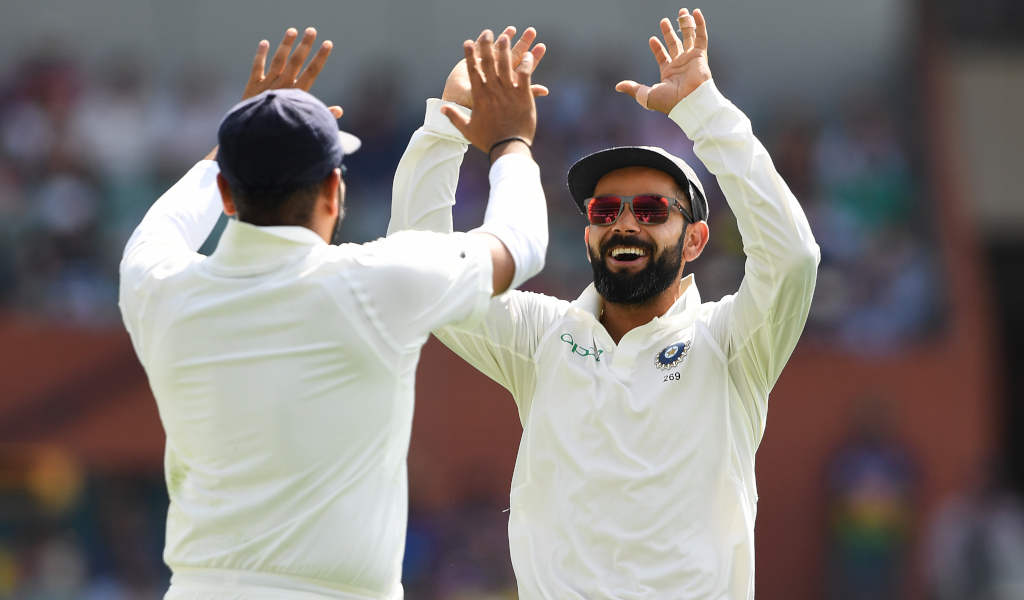 New India skipper Rohit Sharma has heaped praise on his predecessor Virat Kohli ahead of his first match as captain and the former skipper’s 100th Test.

Rohit believes that India owes their current position in Test cricket to the work done as skipper by Kohli.

India’s new commander is grateful to take over the reins of side in fantastic shape.

“As a Test team, we stand in a very good position.

“The whole credit goes to Virat for where we stand in this format.

“What he has done with the Test team over the years was brilliant to see,” Rohit said in the pre-match press conference ahead of the first Test against Sri Lanka.

“I have to just take it from where he has left. I just have to do the right thing with right players,” he added.

While the World Test Championship isn’t coming up roses for India, Rohit believes the team have performed at a consistently high level which is all they can be asked to do.

“The team stands in good position. Yes, we are mid-position in the WTC table but I don’t think we have done anything wrong in the last two to three years,” Rohit added.

Rohit is determined to make Kohli’s 100th Test a special one.

“It’s been a brilliant journey for him and a long one since he made his debut. Now to go and play his 100th game, it’s been a wonderful one. He has done exceedingly well in this format, changed so many things in the way team is moving forward, it’s been brilliant to watch that.

“It’s been one hell of a ride for him, and we definitely want to make it special for him. We are all prepared for that and let’s hope, we have good five days of cricket. The crowd is coming to see Virat play and that’s a great thing.”

India have slipped to third in the Test rankings after their series loss in South Africa, but are not far behind New Zealand in second and Australia in first.

The first Test between Sri Lanka and India gets underway in Mohali on Friday, 4 March.