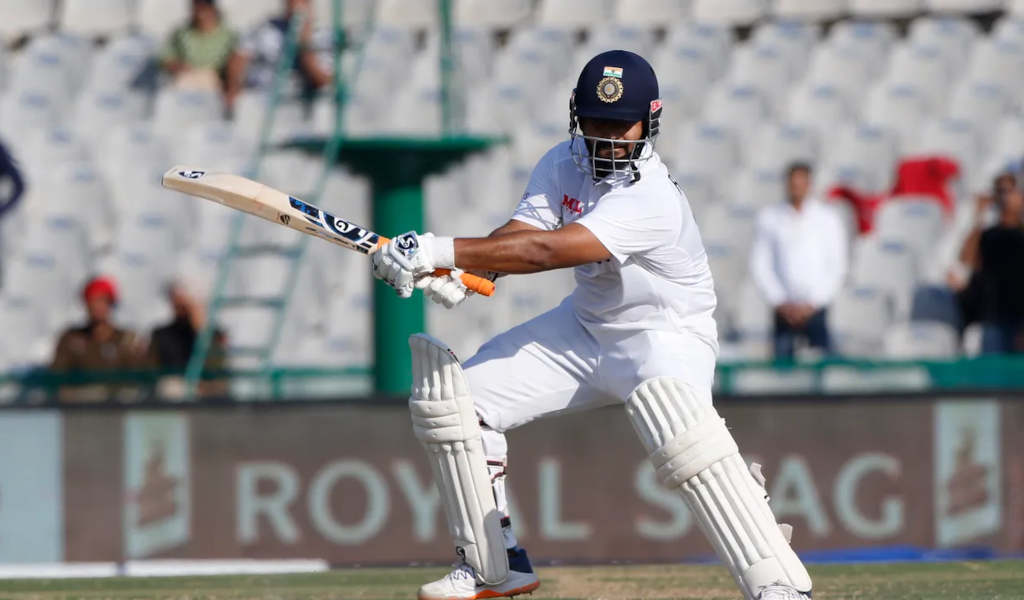 On day one of the first Test against Sri Lanka Pant struck 96 off 97 balls after middling efforts from the top order left the game in the balance.

India were aggressive from the outset through Rohit Sharma but Sri Lanka pegged them back with wickets each time it seemed they had gained the edge.

Pant changed the shape of the game with his knock which moved action forward considerably as India powered past 300.

Eventually finishing the day on 357 for six, and despite the loss of half a dozen wickets they will feel they have taken control of the match.

Pant did not immediately hit the gas, but after reaching his fifty off 73 balls he would face just two further dot balls before his dismissal four runs short of a fifth.

His attacking play forced Sri Lanka to spread the field or risk staring down a 400+ score inside the first day.

This is the great value of Rishabh Pant. His play is risky at times but his special disdain for spinners makes him a weapon on the subcontinent and away from home.

While in South Africa he put Keshav Maharaj to the sword frequently, when the spinner was brought on to give the quicks a break in the blazing heat.

He once again took a liking to a left-arm spinner, taking Sri Lanka tweaker Lasith Embuldinaya for 22 runs in a single over.

Pant doesn’t allow the game to drift, he takes it by the scruff of the neck, and that was precisely what India needed.

His departure will likely see Ravindra Jadeja start to play a more expansive game, as is his want on occasions.

Pant made Sri Lanka take the second new ball, although Suranga Lakmal would use it to pry the swashbuckling allrounder from the crease, which should be seen as another victory for India.

It is the fifth time Pant has been dismissed in the 90s and he was clearly distraught at missing out on a milestone but that doesn’t detract from a match-turning performance.