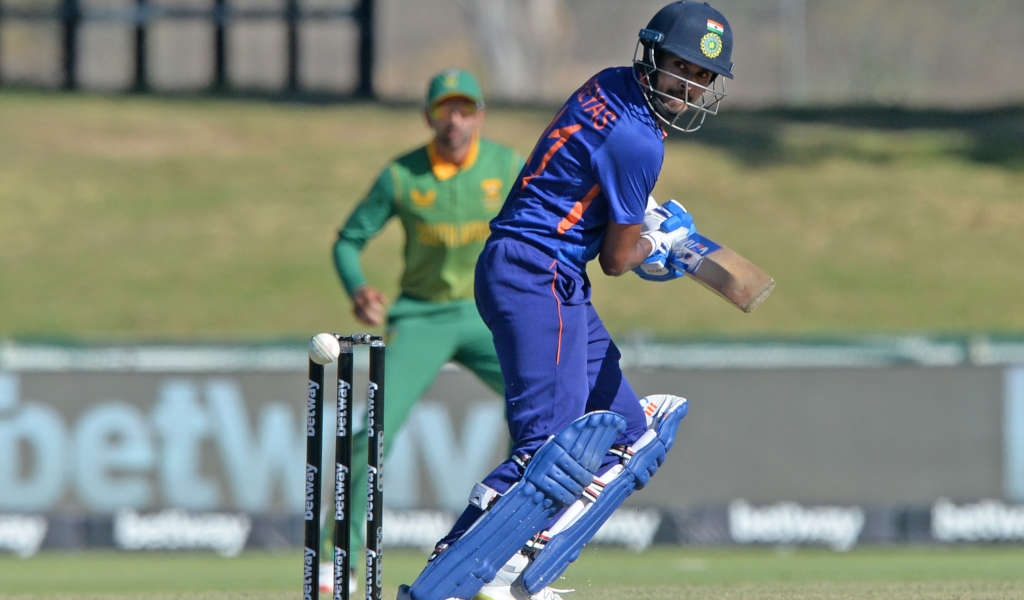 Shreyas Iyer, Mohammed Siraj and Axar Patel have all moved up to Grade B contracts in the latest changes to the BCCI’s central contracts list.

A total of 27 players have been handed annual central contracts by the BCCI.

India have slashed the number of Grade A contracts from 10 to five with allrounder Hardik Pandya and senior batter Shikhar Dhawan suffering the biggest slides.

Shreyas Iyer moves up as others drop down

Also demoted are Ishant Sharma, Ajinkya Rahane and Cheteshwar Pujara who seem to be nearing the twilight of their careers.

Rohit Sharma, Jasprit Bumrah and Virat Kohli remain in the top pay bracket as the three A+ contract holders.

Rohit Sharma lauds the impact of Virat Kohli on Test side

The annual contracts – running from October 2021 to September 2022 – were ratified by the BCCI’s Apex Council this week.

Batter Suryakumar Yadav joins the ranks of the centrally contracted as the only newcomer.

Two players were cut from the central contract list with India set to reduce the amount it spends on player salaries. Kuldeep Yadav is in the current Test squad but his contract was not renewed, nor was that of pace bowler Navdeep Saini.

There are now a dozen players in the Grade C contract category for India while fast bowler Shardul Thakur remained on the Grade B level.

In the women’s contracts, Harmanpreet Kaur, Smriti Mandhana and Poonam Yadav have been joined by the likes of Deepti Sharma, and left-arm spinner Rajeshwari Gayakwad in the ‘Grade A’ category.

Long-serving veterans Mithali Raj and Jhulan Goswanmi have retained their ‘Grade B’ slots. Meanwhile batter Jemimah Rodrigues, who was axed for India’s imminent World Cup campaign, has been dropped to the ‘Grade C’ category.

Board of Control for Cricket in India (BCCI) latest contract list