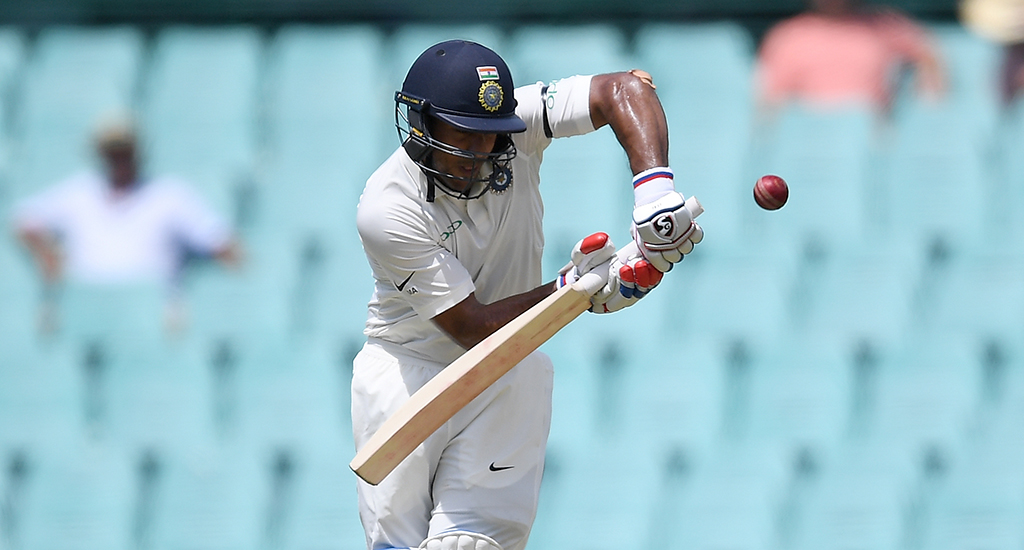 Mayank Agarwal scored his second double century as India dominated with the bat on the second day of their Test against Bangladesh in Indore.

The opener contributed 243 of India’s 493 for six, leaving the hosts with a mammoth lead of 343 after they bowled out Bangladesh for 150 on Thursday.

Agarwal, who had been dropped by Imrul Kayes when he had scored just 32, has now hit two double hundreds in his first 12 Test innings, taking him past Don Bradman in the record books, with only former India batsman Vinod Kambli having managed the feat faster.

Virat Kohli was trapped lbw by Abu Jayed for a duck but Agarwal was ably supported by Cheteshwar Pujara, Ajinkya Rahane and Ravindra Jadeja.

Pujara went for 54 early in the day but Rahane put on 190 with Agarwal before falling for 86 and Jadeja finished the day unbeaten on 60.

Follow the rest of the Test via our live scorecard.