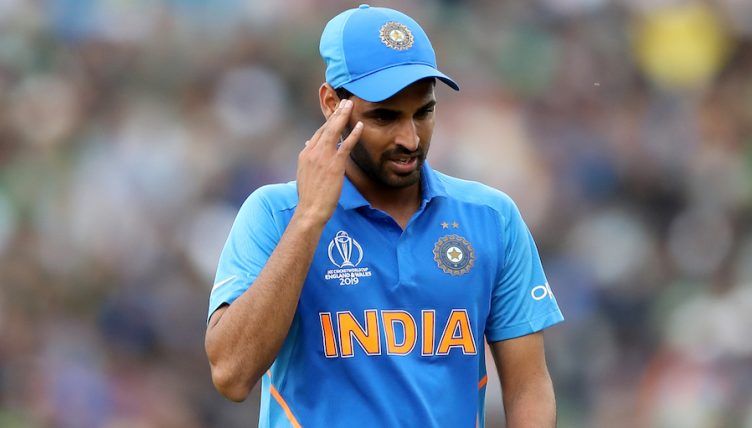 India’s opening bowler Bhuvneshwar Kumar has been ruled out of India’s next two or three World Cup matches due to a hamstring problem.

Bhuvneshwar had bowled just 2.4 overs during Sunday’s clash against Pakistan at Old Trafford before pulling up with tightness in his left hamstring.

Indian captain Virat Kohli revealed that Bhuvneshwar suffered the issue when running off a foot mark after following through his delivery side, but the injury is described as a ‘niggle’.

Kohli also confirmed Afghanistan on June 22 and West Indies on June 27 and possibly the crunch clash against England on June 30 – so it may be worth checking the odds for the game closely, and you can find out more at various tipster sites.

“He has a slight niggle,” Kohli said.

“It was because of slipping on the foot marks. It doesn’t look too serious at the moment. We are going to give it some time. Hopefully he will be ready in a couple of games, if not max by three games from now.”

Kohli though is happy that India have a ready replacement in Mohammad Shami. “He himself feels that the niggle is not too bad. Just time (resting) will heal it.

“He is going to be a very important factor for us so he hopefully he can recover well in time. We have got Shami ready and raring to go so we are not too worried about where the situation stands.”