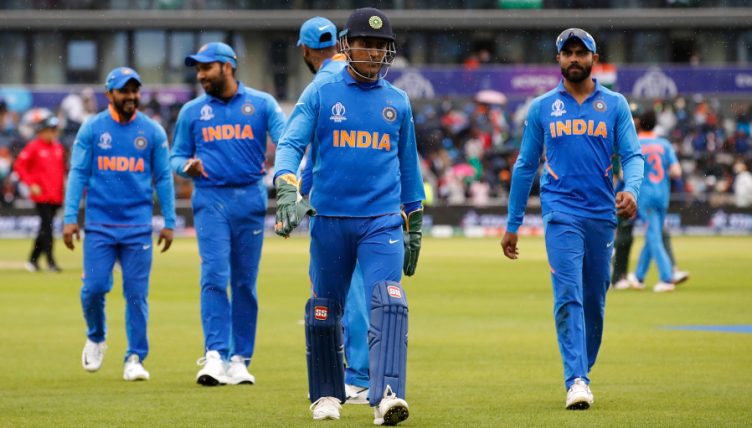 The glittering International career of MS Dhoni appears to have reached its conclusion as the wicketkeeper-batsman has made himself unavailable for India’s upcoming tour of the West Indies, claims a report.

Dhoni endured a curious World Cup campaign in which trademark traces of brilliance were seen few and far between.

Two fifties and an average of 45.50 seem respectable, but the runs were often compiled in a workmanlike manner leaving a near-impossible task for his lesser experienced teammates.

The semi-final knock of 50 (72) perhaps best surmised Dhoni’s diminishing abilities the best, as despite an incredible rear-guard 77 (59) from Ravi Jadejda, India fell comfortably short against a committed New Zealand side.

As India conduct their post-World Cup evaluation, it appears the winds of change have begun to blow as Dhoni has ruled himself out of the three ODI and three T20I tour of the Caribbean beginning later this month.

“MS will not go to the West Indies. Going forward, he will not travel with the team within India or overseas as the first-choice wicketkeeper. Rishabh Pant will take over and there will be a grooming window for him until he settles down,” a BCCI source was quoted as saying by the Times of India.

Rumours of Dhoni’s impending retirement following the World Cup were rife, but the talisman has so far resisted the temptation to officially hang up the bat and gloves.

With a ready made replacement in Rishabh Pant available, however, the decision may soon be taken out of Dhoni’s hands.