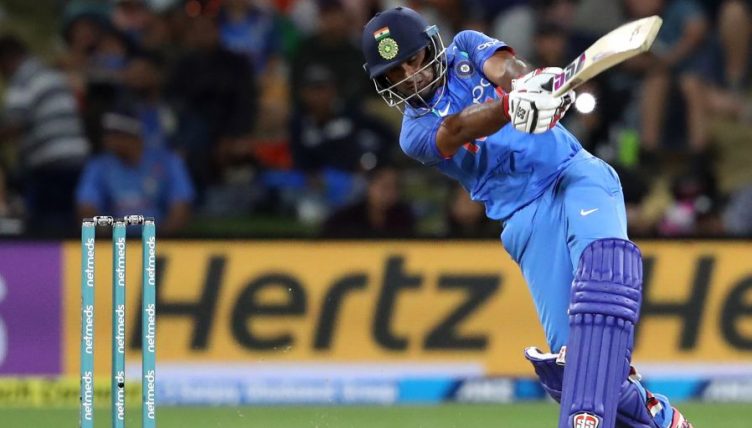 Ambati Rayudu’s performance in the third one-day international against New Zealand has given Virat Kohli renewed confidence in his middle order.

Having restricted the hosts to 243 all out in 49 overs, Kohli‘s side chased down their target for the loss of three wickets, posting 245 for three with seven overs to spare.

India, whose victory gave them an unassailable 3-0 series lead, have tried nine men in the No. 4 spot since the Champions Trophy in June 2017 with Kohli looking to “solidify” the position.

“I think the last five games if you see, two in Australia and three here, I said No. 4 is still something we’re looking to solidify,” Kohli said.

“But when Rayudu starts playing like that, you start feeling more confident about the batting line-up.

“Dinesh is in great form as well so he can step in at any time in case we need to shuffle the middle order at any stage. MS has been hitting the ball really well.

“So everyone’s in a good zone. I don’t feel after looking at the first three games we have a lot of things to worry about.”