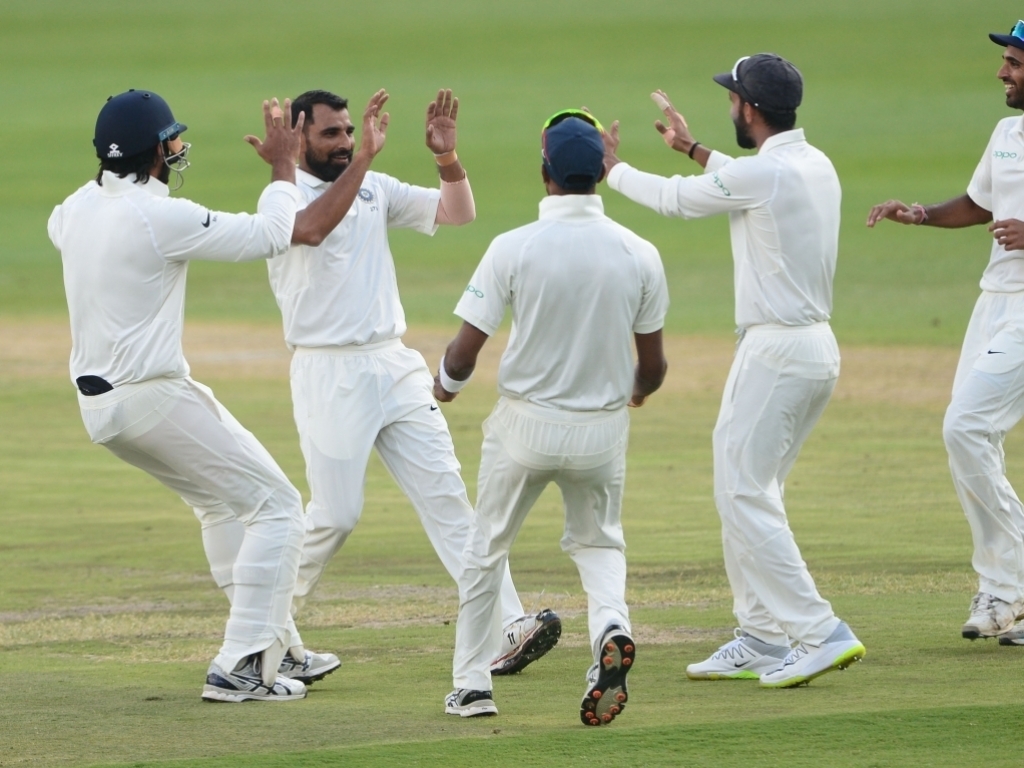 Seamer Mohammed Shami led an outstanding bowling effort that gave India a memorable, and well deserved, 63-run win against South Africa in the final Test at the Wanderers on Saturday.

Shami finished with outstanding figures of 5-28 as the tourists initiated a stunning collapse from the hosts to claim the honours in Johannesburg.

The Proteas had already won the three-match series but the “dead rubber” was anything but as both teams fought a gruelling battle in front of a healthy and boisterous Wanderers crowd.

Dean Elgar’s gutsy 86 not out lasted six hours but came in vain as the home team lost eight wickets for 53 runs and collapsed in a miserable heap on the super spicy pitch that they ordered.

India simply batted, bowled and fielded better than did the hosts.

South Africa had been cruising at 124 for 1 in pursuit of 241 for victory. The surafce had played much better after overnight rain and a good roll but once it got some sun on it after lunch, it returned to its true menacing self.

Hashim Amla (52) batted beautifully to put together his second fifty of the match and his 119-run partnership with Elgar had the Proteas sitting pretty.

There is an old adage that says that one should add two wickets to a total and see how comfortable it looks but that is exactly what happened when Amla and then AB de Villiers each fell just before the tea interval.

Ishant Sharma (2-31) accounted for Amla, who was out playing his standard flick shot that usually represents almost zero risk and De Villiers edged a rising delivery by Jasprit Bumrah (2-31) to gully.

At 136 for three at tea it was clear that the game hung in the balance once more but when Ishant bowled Faf du Plessis (2) a few overs later, India had their tails up.

The out-of-sorts Quinton de Kock then got a first baller as he was lbw to Bumrah and the collapse was well and truly underway.

Then Shami got on a roll and bowled both Vernon Philander (10) and Andile Phehlukwayo (0).

His rampage was punctuated by Bhuvneshwar Kumar’s (1-39) dismissal of Kagiso Rabada (0) and he moved swiftly to administer the coup de grace as he made a mess of Morne Morkel’s (0) stumps and then found the edge of Lungi Ngidi’s (4) bat.

It had been given not out but when the large replay screen showed a genuine edge and slight deflection, the Indian team celebrated in a fashion that suggested that the win gave them much more than just consolation.

The conditions had been testing but India showed great mettle in fighting the good fight. The visitors’ resolve finally proved even greater than that of Elgar, whose dogged effort just wasn’t enough alone.

Once Amla was gone, only Philander (10) managed double figures and no fewer than four batsmen failed to trouble the scorers.

South Africa coach Ottis Gibson will now know what it is like to taste defeat in the Proteas’ dressing room but he will be glad that it did not come at the expense of a series result and he will be stronger for it.

After the match, Kohli told the reporters: “Lovely. We required some character playing on a pitch that was very difficult. I think our guys showed great guts through the four days. We took the challenge.”

And so ended an entertaining series that was not without controversy. What a pity it comprised only three Tests. The limited overs episodes of India’s tour begin with an ODI (the first of six) in Durban on Thursday.

By Nick Sadleir at the Wanderers